Get married to complete half of your deen(religion) – Hadith 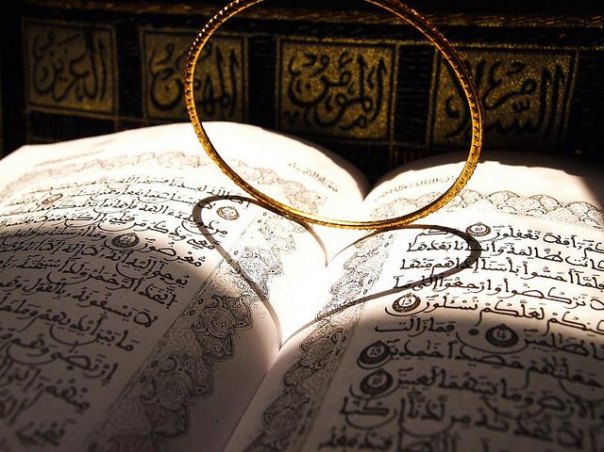 Marriage is a union of souls, in the deepest sense that Allah (God) joins two souls together so that they may enjoy tranquility and stability in a marital home filled with sincere love and compassionate mercy

“Among His Signs Is That He Created Companion ( Mate, Spouse) For You From Among Yourself, So That You May Find Tranquility With Them, And (He) Set Love And Mercy Between You. Surely In This Are Signs For People Who Give Thought” Surah Ar-Rum, 21 (30:21).
END_OF_DOCUMENT_TOKEN_TO_BE_REPLACED

Hamza Yusuf: The Man’s Weakness For the Woman (Video)

10 REASONS MUHAMMAD ﷺ COULD NOT HAVE AUTHORED THE QUR’AN 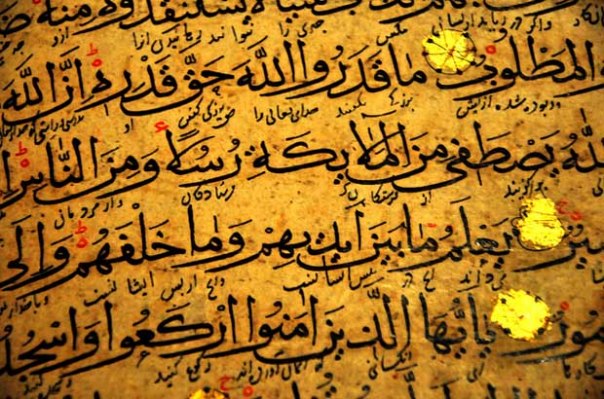 A problem facing many Scriptures is multiple authorship over many generations. The Old Testament consists of 39 books authored by numerous individuals over a period of many centuries. The New Testament contains 27 books written by multiple authors spanning a period of nearly half a century. The questions and uncertainties that surround the chronology and authorship of the Bible, for example many of the books were written anonymously, only serve to hinder one from accepting, at least wholesale, that it is the pure word of God.

This is not a problem that affects the Qur’an. There is no doubt that Prophet Muhammad, peace be upon him, was the person responsible for transmitting the Qur’an. There are mass historical reports that support this claim, and the Qur’an itself confirms that it was revealed to him. Although Muhammad ﷺ was responsible for transmitting the Qur’an, was he its author? The following are just 10 of many reasons which prove that it is impossible for Muhammad ﷺ to have authored the Qur’an:

END_OF_DOCUMENT_TOKEN_TO_BE_REPLACED

The higher objectives of the Sharia 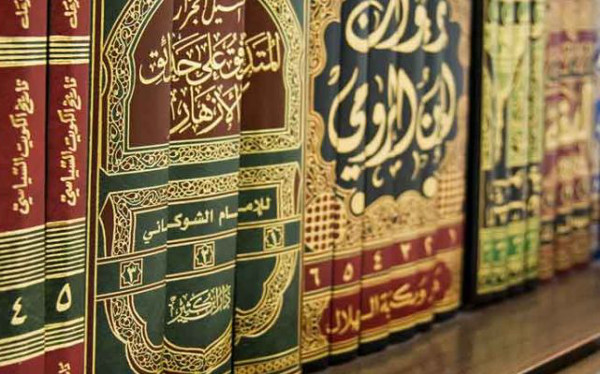 By: Mateen A. Khan (translator)

Translators comment: Maqāsid al-Sharī‘ah refers to the set of objectives and goals which the Sharī‘ah strives to establish. For example, the preservation of faith, life, lineage, intellect and property are essential objectives of the Sharī‘ah as propagated by Imam al-Ghazālī. These objectives establish benefits (al-masālih) and remove harms (al-mafāsid) for the individual and community. However, we find that some misconstrue their place and derive rulings from the objectives while going against the primary textual evidences i.e. the Qur’an and Sunnah. For clarification, we turn towards a translated chapter from Usūl al-Iftā’[1] by Mufti Taqi Usmani (May Allah bless and preserve him) entitled Maqāsid al-Sharī‘ah.

END_OF_DOCUMENT_TOKEN_TO_BE_REPLACED 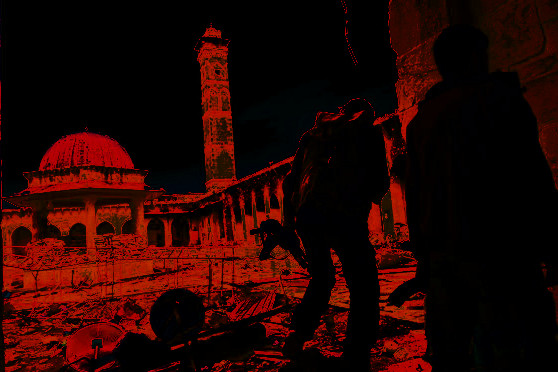 “And fear the ‘Fitnah’ which affects not in particular those of you who do wrong (but it may afflict all the good & bad people together), and know that Allah is severe in punishment.” (Aayah No. 25, Surah Al-Anfal, Chapter No. 8, Holy Qur’an).

Allah warns His servants of Fitnah (trials & tests) that encompasses the wicked and those around them. Such Fitnah will not be restricted to the sinners and evildoers; rather, will reach others also if sins are not stopped and prevented. Such Fitnah will be everywhere around us as told by our Prophet (PBUH): “…I see the places of tribulation among your houses like the places where rain falls” – (Hadith No. 7245 (2885), Book of Tribulations & Portents of the Hour, Sahih Muslim, Vol. 7).

So, Fitnah will be everywhere, in our houses even; it may appear in many different forms. And today we are going to discuss one such form of Fitnah.

END_OF_DOCUMENT_TOKEN_TO_BE_REPLACED

Visualization and Translation of Surah 001 Al-Fatiha. This calming recitation is by Mishary Rashid Alafasy from Taraweeh in Ramadan 1426H.
سورة الفاتحة مشاري راشد العفاسي
Surah Al-Faatiha is the opening chapter of the Holy Quran. You can read in detail about this Surah from:
http://www.quran4u.com/Tafsir%20Ibn%20Kathir/001%20Fatihah.htm
You can watch of the entire rukku from where this recitation was taken from at:
https://www.youtube.com/watch?v=ZNs3CfMwKwk

Early copy of the Qur’an discovered 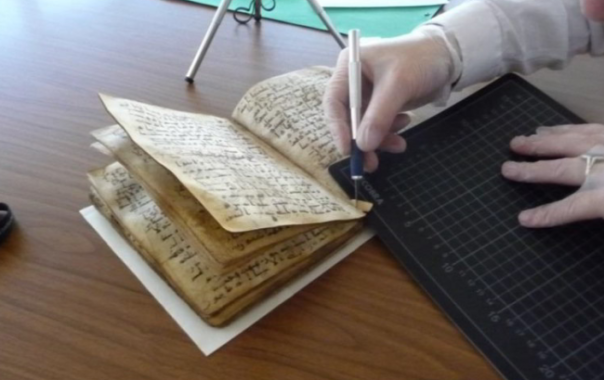 Allah says, “Indeed, it is We who sent down the Qur’an and indeed, We will be its guardian.” (Quran English Interpretation Chapter 15 verse 9). Now read this amazing piece of info below:

A Quran manuscript has been carbon dated to have been written almost 20-40 years (with 95% precision) after the Prophet Mohammad’s صلى الله عليه وسلم death. It was donated to the University of Tubingen (Germany) in the 19th century. This manuscript (and many others with it) goes to show as tohow early such copies of the Quran were in circulation. Such manuscripts also debunk many wild and sensational orientalist theories about the origins of Islam. As far as early Muslims were concerned, religious practices and scripture were well established within the life of the Prophet صلى الله عليه وسلم. The article below provides a link to the entire electronic copy of the manuscript, enjoy. It is mistakenly stated that the manuscript is written in Kufic script. That is not the case rather the script is Hijazi (earlier in origin than the Kufic script). The contents and the order of the surahs is exactly the same as what we read today alhamdulillah. The parchments contain verses from surah 17 to 36 (over 25% of the Quran). Please share this crucial piece of information with all those who dispute with you in this matter.

END_OF_DOCUMENT_TOKEN_TO_BE_REPLACED

Accountability is a lighthouse when the fog of life sets in

These days are hard. From Gaza, Ferguson and ISIS, it is difficult to have insight into where the world is today. That question is important. But of more importance is asking where it is now! After all, the answer to that question, is the answer to the first. However, there are times when the fog of the future blinds us from seeing the demands of today.

END_OF_DOCUMENT_TOKEN_TO_BE_REPLACED

First of all, it is important to note that “Allah” is the same word that Arabic-speaking Christians and Jews use for God. If you pick up an Arabic Bible, you will see the word “Allah” being used where “God” is used in English. This is because “Allah” is the only word in the Arabic language equivalent to the English word “God” with a capital “G”. Additionally, the word “Allah” cannot be made plural or given gender (i.e. masculine or feminine), which goes hand-in-hand with the Islamic concept of God. Because of this, and also because the Qur’an, which is the holy scripture of Muslims, was revealed in the Arabic language, some Muslims use the word “Allah” for “God”, even when they are speaking other languages. This is not unique to the word “Allah”, since many Muslims tend to use Arabic words when discussing Islamic issues, regardless of the language that they speak. This is because the universal teachings of Islam – even though they have been translated in every major language – have been preserved in the Arabic language.