The three types of nafs (ego) 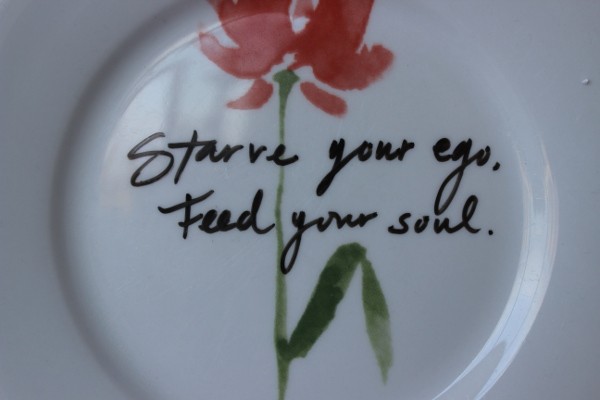 In the Qur’an-e-Kareem the word nafs is used in two ways.

The second way the nafs has been used in the Qur’an, which is quite frequent, is that the nafs is referring to a specific part of our self and it is that part of our self that has desires, appetite, and some people call it ego. It has anger, it has passion, it has lust, desire, it has all these things. Some people may even call it the carnal self or the carnal soul. This nafs is not part of the rūh, [rather] its part of the physical human being. So if we wanted to say that we have some physical part of our creation, that is our body and ournafs and then Allah Almighty has also put inside of ourselves an inner or spiritual part of our creation, that is our rūh. This nafs is part of our physical self, even though its not part of our physical body.

Three adjectives have been used in the Noble Qur’an to describe three different types of nafs.

1. The first is nafs al-ammārah.

“Indeed the nafs that overwhelmingly commands a person to do sin.” (12:53)

So this refers to that nafs [which] is ruling over the self. This means that the nafs commands us and tells us what to do. So when the nafs has any desire, any wish, any appetite, it simply commands us [and] dominates us. [Nafs al-ammārah] is that nafs which is sovereign over a human being; it has sovereignty over us. [What does it mean] that the nafs is sovereign over us if it is al-ammārah? [It means that] we are subjugated by it, we are subordinate to it, we listen and follow all of its dictates and commands. So this is the first type of nafs, and the sign that a person has this type of nafs is that they sin willingly, blatantly, remorselessly, in any way that they ever want.

And if we think about it, in many places in the west, this concept is actually glorified because people say, “…you should do whatever makes you happy, do whatever pleases you, do whatever your heart desires.” They may glamorize that by saying that it’s the heart. But actually there are many people whether in the east or the west – even Muslims now – that are doing what our passion desires. So that means that we have a nafs al-ammārah.

2. Second type of nafs is known as nafs al-lawwāmah.

Lawwām here means to self incriminate, to self reproach, [to blame oneself]. This is that nafs [that sometimes] bring a person to do sin, but then that nafs self incriminates itself, it reproaches itself, it feels bad, it feels guilty. Then this guilt [increases] so much so [that] the person leaves those sins because [he feels] guilty about them. So the sign [that people have such a nafs] is precisely that when they commit a sin, they feel remorse [and] regret, they feel guilt, they feel shame, they feel embarrassment, they wish they could take it back, they wish they never did it. They may even intend at that moment to never do that again. So they are fighting a battle with their nafs. Sometimes they [commit] sin and sometimes they are able to stay away from sin.

3. The third way this word has been used in the Qur’an-e-Kareem is nafs al-mutma’innah.

To the righteous it will be said, “Oh reassured soul, return to your Lord well pleased, and pleasing to Him.” (89:27-28)

2) Mutma’in [means that the nafs] has reached a state of serenity. The serene, contented, tranquil, at peacenafs. And obviously the peace here means that it has aman (peace) and itminān(contentment) from doing sin [as well as] from desiring sin. It has no unlawful desires. It has desires – that is what the nafs does – but it only desires good things. The sign of this is exactly what we just mentioned: this person not only [abstains from] sin, he no longer desires sin. That faculty [and] part of their humanity that desires (i.e. the nafs) only and only desires things which Allah Almighty views as desirable, and has stopped desiring those things which Allah Almighty has labeled as undesirable.

So these are the three types of nafs: nafs al-ammārah, nafs al-lawwāmah, and nafs al-mutma’innah.