Suhaib Webb – Response to FOXNEWs and Other Writers of Fiction: I Never Met The Oklahoma Murderer 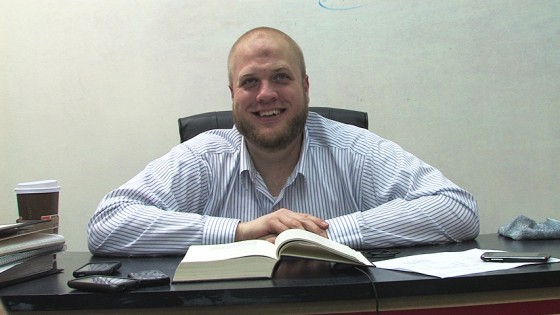 The Oklahoma Beheading
As the horrid details of murder trickle from Oklahoma, I awoke today shocked to hear that FoxNews and other hate groups are trying to tie me to the criminal. Outside of poor journalism, a quick glance at their timeline reveals that this is simply impossible. I left Oklahoma in 2001 and never met the murderer. There is really not much more to say on that except that FOX and other “News” outlets are only damaging their credibility by reporting it.

Anwar and The FundRaiser
Another exercise in desperation comes from the likes of Charles Jacobs. Mr. Jacobs has a history of fanning the flames of Islamophobia, almost to the point of compulsion. One of his claims is that I did a fundraiser with Anwar al-Awlaki on September 9th, 2001. That is certainly true. But Mr. Jacobs makes it sound like we were in a cave somewhere plotting to overthrow the world. In reality, it was a public event attended by more than 500 people. History shows that this was at a time when, at least to our knowledge, Imam Anwar was a mainstream teacher who advocated voting and participation in public life. I would certainly not speak with the later Anwar or agree with his positions on anything. That being said, here is a list of attendees that evening that will clarify the attempts and intentions of Mr. Jacobs:

2. A California Rep. (I cannot remember who)

5. A host of Interfaith leaders and Student Organizations

In short, this is an attempt to paint reality through the lens of hatred and bigotry. I unconditionally denounce the teachings of the later Anwar, teachings that upset us all and caused so much pain. There is no room for murder in today’s world.

The Governor
Another fictitious report is that I was “booted” by Governor Deval Patrick at the Boston Bombing service. While I was replaced, I was informed of it the night before and asked to be a special guest of the Governor. Throughout his term, Governor Patrick has shown great affection to the Muslim community in Boston, and we continue to work on a set of issues that are important to our state and communities.

In another irresponsible report, FOXNEWs and others claim that the bombers attended the mosque I currently serve the ISBCC. In fact, the mosque that they attended was the ISB, not the ISBCC.

Reporting news is a trust between society and power. When news outlets refuse to look into the facts and report whatever the feel like reporting, serious questions about their journalistic integrity must be raised.

In a world filled by hate, FOX has served up a large plate of lies and irresponsible reporting, spiced with bigotry and hatred.