The main view above shows a section of the interior. The crafted stone blocks are tombs; one of them has a viewing hole through which bones can be seen (inset). The bones of the dog have also been displayed. 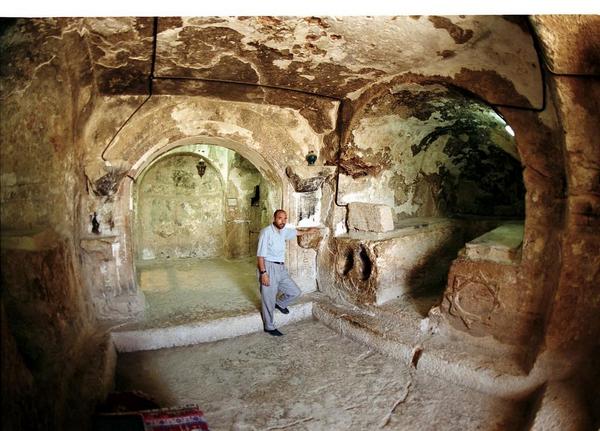