Small snippet from the lecture by Najmah53 covering the Pillars of Islam, The status of Women in Islam, and Being an African American Convert to Islam in the Multicural and Social Justice Counseling course taught by Dr. Malik Raheem @ Fresno State.

The BIG DEBATE: Held on 17th November 2014 at the University of Northampton

The debate juxtaposed the Islamic position with the Atheist (Secular Humanist) position on four topics: Women’s Rights & Leadership, Should religion decide who we marry? (incl. whether or not Gay Marriage should be prohibited or not), Animal Rights and Ritual Slaughter (Halal/Kosher) and whether children from religious families should be ‘forced’ to attend religious assemblies in UK Faith Schools.

Andrew Copson, CEO of the British Humanist Association (BHA), and Vice-President of the International Humanist and Ethical Union – the world union of Humanist organisations. 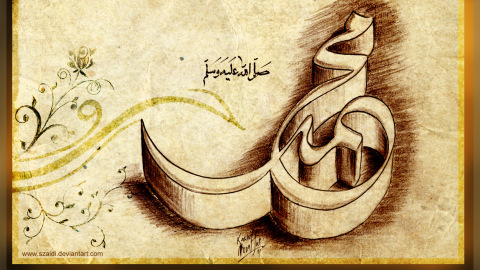 The Prophet Muhammad (Peace and blessings be upon him) gave us a striking example of how to treat women in his sunnah, but so many men follow the sunnah and forget that a major component of it is the prophets (pbuh) treatment of his wives, this is a reminder for all those guys who are married or inshallah when they get married to remember the sunnah of the prophet (pbuh) and the value and blessing of a wife.

END_OF_DOCUMENT_TOKEN_TO_BE_REPLACED

Shaykh Hamza Yusuf: A Moral Vision For The Future (Video)

Reflections on the core values that bring us together to build the beloved community – a moral vision for the future. Hamza Yusuf is a president, cofounder, and senior faculty member of Zaytuna College. He is an advisor to Stanford University’s Program in Islamic Studies and the Center for Islamic Studies at Berkeley’s Graduate Theological Union. He also serves as a member of the board of advisors of George Russell’s One Nation, a national philanthropic initiative that promotes pluralism and inclusion in America. In addition, he serves as vice-president for the Global Center for Guidance and Renewal, which was founded and is currently presided over by Shaykh Abdallah bin Bayyah, one of the top jurists and masters of Islamic sciences in the world. Recently, Hamza Yusuf was ranked as “the Western world’s most influential Islamic scholar” by The 500 Most Influential Muslims, edited by John Esposito and Ibrahim Kalin, (2009).

Mufti Menk: She is Different (Audio) 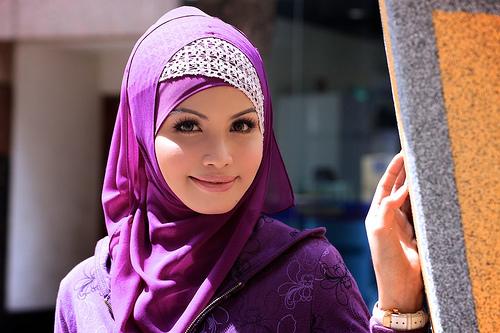 General Look at Women in Islam

To hear groups like the Council of American-Islamic Relations or the Islamic Society of North America, one might be given the impression that Islam holds women in high regard. Indeed, Souad Saleh, a female professor at Al-Ahzar University in Cairo and a vocal proponent of women’s rights in Egypt, recently stated, “Islam is pure and simple, and it holds women in high esteem.”[1] If women are treated equally in Islam, is there justification for it in the sacred writings of Islam, or is this ‘equal treatment’ in conflict with sacred directives? What does the Qur’an say about women? What does Muhammad say about women as recorded in the hadith, and what kind of example did he set in the way he treated the women in his life? Do the reports we hear of women being oppressed accord with sacred scripture, or are they rather anomalies having no foundation in Islam? What have women from an Islamic background actually experienced – what are their stories? These are some of the issues this article addresses.

Islamic scriptures and scholars have much to say in regards to Women and their role in Islam.

Narrated Usama bin Zaid: The Prophet said, “After me I have not left any affliction more harmful to men than women.”
Sahih Bukhari 7:62:33
Narrated ‘Aisha: The things which annual prayer were mentioned before me (and those were): a dog, a donkey and a woman. I said, “You have compared us (women) to donkeys and dogs. By Allah! I saw the Prophet praying while I used to lie in (my) bed between him and the Qibla. Whenever I was in need of something, I disliked to sit and trouble the Prophet. So, I would slip away by the side of his feet.”
Sahih Bukhari 1:9:493

Women are Deficient in Intelligence

Muhammad’s dislike for women caused him to declare that the majority of the inhabitants of Hell are women.[2] When asked why he said it was because they are deficient in intelligence and religion and because they are ungrateful to their husbands. Although Muslim apologists and female Muslims use a lot of creative arguments to explain away Muhammad’s declarations about women, they don’t stand up to scrutiny. This article will present evidence showing Muhammad’s belief that all women are less intelligent than their male counterparts, as well as examine and refute the common Muslim claims about the ahadith in question.