Derek Bolin, a UCLA graduate student, recently salvaged and digitized speeches from the ’50s. He found this long-lost speech from Dr. Martin Luther King Jr., delivered to UCLA students just after the march from Selma in 1965. It still resonates.

Nouman Ali Khan is a Muslim speaker and the CEO and founder of Bayyinah Institute, an Arabic studies, educational institution in the United States. His early education in Arabic started in Riyadh, Saudi Arabia and continued in Pakistan. His serious Arabic training began in 1999 in the United States. He has been teaching Modern Standard and Classical Arabic at various venues for several years with over 10,000 students nationwide. Nouman Ali Khan teaches about the religion of Islam through his video speeches. He also frequently speaks at Islamic Circle of North America Conventions about Islam, family, and other life topics.
Watch Nouman Ali Khan lectures…

My presentation focuses on poetry and hiphop and how those forums can be used as an alternative outlet in expressing their feelings (as oppose to lashing out or fighting) as well as a way to inspire others. I also talk about how students talk to each other as well as certain names that they call each others. My main focus is how the words we use have power so its up to us to choose whether we use that power in a good way or a bad way. My presentation varies depending on the age group and/or specific things individual teachers or principles want me to touch on.

END_OF_DOCUMENT_TOKEN_TO_BE_REPLACED 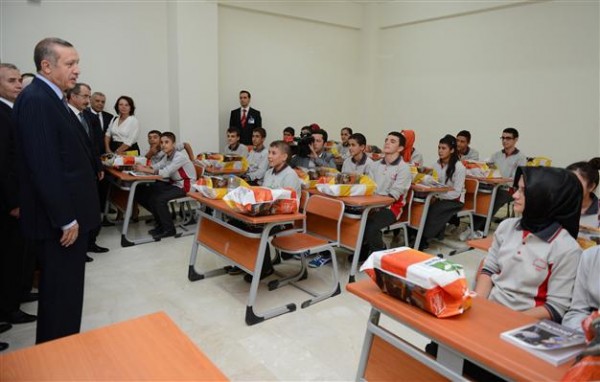 Turkey has seen a sharp rise in religious schooling under reforms that President Tayyip Erdogan casts as a defense against moral decay, but which opponents see as an unwanted drive to shape a more Islamic nation.

Almost a million students are enrolled in “imam hatip” schools this year, up from just 65,000 in 2002 when Erdogan’s Islamist-rooted AK Party first came to power, he told the opening of one of the schools in Ankara last month.

The schools teach boys and girls separately, and give around 13 hours a week of Islamic instruction on top of the regular curriculum, including study of Arabic, the Koran and the life of the Prophet Mohammad.

END_OF_DOCUMENT_TOKEN_TO_BE_REPLACED

The mosque in Roxbury was crowded past capacity, with about 1,200 college students, urban hipsters and East Africans crowded into the hallways and front stairs.

They wanted to hear Imam Suhaib Webb, resident scholar of the Islamic Society of Boston Cultural Center and widely considered one of the country’s most influential Muslims, respond to Sam Harris and Bill Maher, who recently called Islam the “mother lode of bad ideas” and compared Muslims to the Mafia.

END_OF_DOCUMENT_TOKEN_TO_BE_REPLACED

Maysoor are pleased to present to you all, the first in an exciting new series of documentaries that examine the struggles of students when learning the Arabic language. This innovative initiative is the first of its kind and aims to show learners (new & old) of the Arabic language, the journey that others have had to undertake in order to gain competency in Arabic. Often times when we come across someone who has learned a new language, we usually see the ‘final product’; a bilingual speaker. However, seldom do we get a glimpse of the obstacles and challenges along the way.

More Japanese universities would soon provide halal food on their campuses to cater for the growing number of Muslim students, the Japanese embassy announced on Wednesday.
The Ministry of Higher Education, Culture, Sports Sciences and Technology of Japan introduced the Global 30 program in 2009 to attract 300,000 foreign students over five years.

END_OF_DOCUMENT_TOKEN_TO_BE_REPLACED

A messages to the Muslim Ummah today and for the Students of Islamic Online University.
More Dr. Bilal Philips lectures… 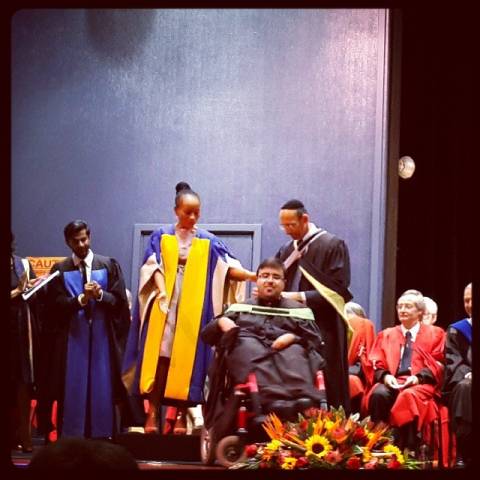 Yusuf Talia, despite his challenges with Muscular Dystrophy  was truly an inspiration to all that knew him.  He was the President of the MSA Union, vice president of the Wits SRC. He was also very active with the Free Palestine campaign. In his time at university he studied a science degree and a accounting degree. Truly a legend.