END_OF_DOCUMENT_TOKEN_TO_BE_REPLACED

NASA Sees Fields of Green Spring up in Saudi Arabia 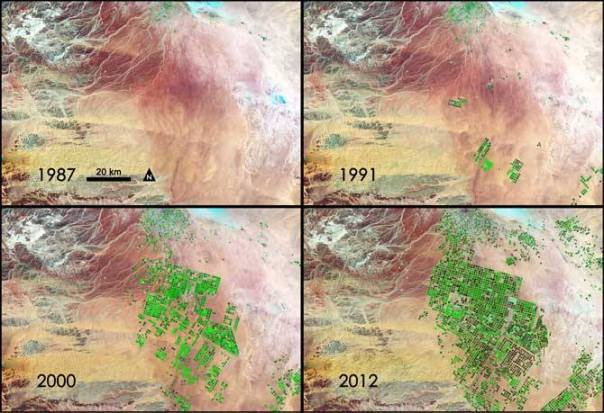 Prophet Mohammad صلى الله عليه وسلم said: ” The Hour (of Resurrection) will not occur….. until the land of the Arabs returns to being pastures and rivers.” (Sahih Muslim).

Saudi Arabia is drilling for a resource possibly more precious than oil. Over the last 24 years, it has tapped hidden reserves of water to grow wheat and other crops in the Syrian Desert. This time series of data shows images acquired by three different Landsat satellites operated by NASA and the U.S. Geological Survey.

The picture is taken by NASA and now it’s 2014, the hour is near. are you ready to meet Allah ?

The mother horse, or mare, is pregnant (or “in foal”) for 11 months. Most mares give birth in the spring to a single baby (foal) although twins are not uncommon. Mares produce milk for their young and will feed them for several months. Within 1-2 hours of birth a foal is able to stand up and walk. When foals are born their legs are almost the same length as they are when they are fully grown – their legs are so long they find it difficult to reach down to the grass to eat! Foals can focus their eyes almost as soon as they are born and cut their first teeth within a week. They are fully grown by 3 – 4 years of age. 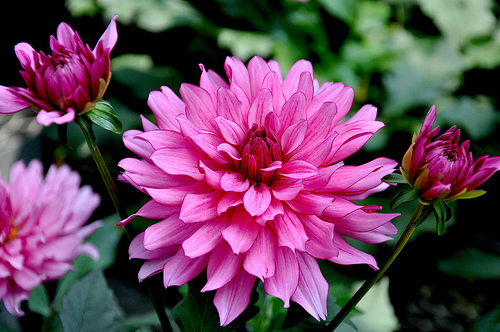 Spring is the season of the year when one can witness an amazing “Golden Sea” of canola flowers. These fields of canola flowers are in Luoping, China are one of the world’s most beautiful sights. Vast farmlands are covered in golden, yellow rapeseed flowers stretching as far as the eyes can see. The best time to visit Luoping for this visual fiesta is early spring.