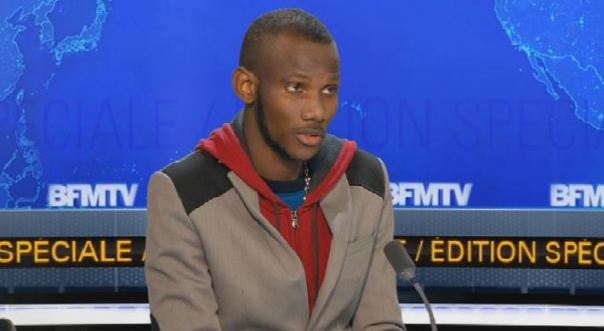 Lassana Bathily, a Muslim employee at Paris Kosher grocery store Hyper Cacher, saved several people by hiding them in a walk-in freezer when a gunman laid siege to his workplace on Friday.

Amedy Coulibaly burst into the market and opened fire, killing 4 people. He took several shoppers hostage and threatened to kill them if police stormed the printing shop where Cherif and Said Kouachi, who killed 12 people in an attack on the satirical magazine Charlie Hebdo earlier in the week, were holed up in a village to the north.

Bathily, identified by French media as a “Malian Muslim,” helped several customers to safety as the chaos unfolded. “I went down to the freezer, I opened the door, there were several people who went in with me. I turned off the light and the freezer,” Bathily, 24, told French network BFMTV. “I brought them inside and I told them to stay calm here, I’m going to go out. When they got out, they thanked me.”

END_OF_DOCUMENT_TOKEN_TO_BE_REPLACED

Tags: Allah, amongst, are, ask, end of life, fire, God, hell, islam, Jahannam, let me be, life, muslims, oh Allah, Religion, saved, saved from the fire of hell, those, truth, ummah, who

Cat saved from being eaten by snake (VIDEO)

Lonely duckling has been saved thanks to a mirror (IMAGE)