Consumer Reports: How much arsenic is in your rice? (Video)

In late 2012 we released our original report on arsenic in rice, in which we found measurable levels in almost all of the 60 rice varieties and rice products we tested.

Our most recent testing and analysis gave us some new information on the risk of arsenic exposure in infants and children through rice cereal and other rice products. We looked at data released by the Food and Drug Administration in 2013 on the inorganic arsenic content of 656 processed rice-containing products. We found that rice cereal and rice pasta can have much more inorganic arsenic—a carcinogen—than our 2012 data showed. According to the results of our new tests, one serving of either could put kids over the maximum amount of rice we recommend they should have in a week. Rice cakes supply close to a child’s weekly limit in one serving. Rice drinks can also be high in arsenic, and children younger than 5 shouldn’t drink them instead of milk. (Learn thenew rice rules about weekly servings.)

In 2012, we recommended that babies eat no more than one serving of infant rice cereal per day, on average, and that their diets should include cereals made from other grains. We did not find any reason to change our advice based on our new analysis. When we shared our results with the FDA and asked for comment, the agency reiterated its recommendation that everyone, including pregnant women, infants, and toddlers, should eat a variety of grains. And they pointed out that parents should “consider options other than rice cereal for a child’s first solid food.”

END_OF_DOCUMENT_TOKEN_TO_BE_REPLACED

More Japanese universities would soon provide halal food on their campuses to cater for the growing number of Muslim students, the Japanese embassy announced on Wednesday.
The Ministry of Higher Education, Culture, Sports Sciences and Technology of Japan introduced the Global 30 program in 2009 to attract 300,000 foreign students over five years.

END_OF_DOCUMENT_TOKEN_TO_BE_REPLACED

A food wholesale firm that sold meat with counterfeit halal labels has been fined £7,500.

END_OF_DOCUMENT_TOKEN_TO_BE_REPLACED

Join the BDS movement and make an impact!

Why should I join the boycott of Israel?

World governments have failed to end their support for Israel’s crimes or put pressure on Israel to comply with international law and human rights.

By working together on focused consumer boycotts and campaigns against the companies and institutions that help Israel to commit its crimes, the Palestinian-led boycott, divestment and sanctions (BDS) movement is a powerful and strategic tool for isolating Israel.

Check out our timeline to see BDS-related achievements to date. Boycotts and sanctions helped end apartheid in South Africa!

END_OF_DOCUMENT_TOKEN_TO_BE_REPLACED

A father and his pilot son in a country with no history of manufacturing are making products that will stun the world.

Accra, Ghana – Imagine having a television set that comes on after an effortless clap or by blowing air; picture yourself in a car that is engineless and starts with a simple push of a button tucked to your dress; or a change-over-machine that speaks and tells you where exactly a fire or electrical fault is in your home.

END_OF_DOCUMENT_TOKEN_TO_BE_REPLACED

Are You Buycotting Israel? (VIDEO)

A new app called Buycott lets hundreds of thousands of users boycott products deemed to support Israel, something that is gaining popularity in light of the attack on Gaza.

Individual consumers can show their opposition to Israel’s Apartheid policies against the Palestinian people and violations of international law by participating in a consumer boycott of Israeli goods and services. A boycott can also put pressure on companies whose exports are linked to some of the most evident aspects of the Israeli occupation and apartheid.

The Israeli barcode starts with the numbers 729. However, it doesn’t necessarily appear on all Israeli products so be sure to always check the label for country of origin.

Jaffa oranges were famous for centuries before Israelis successfully colonised the Palestinian name along with the city of Yafa. The Israeli agricultural companies Mehadrin (Jaffa) and Carmel-Agrexco export fruit and vegetables for sale to Europe. Much of this produce is grown on confiscated Palestinian land in the Jordan Valley. Apart fromoranges, other examples of fruit exported by these, and other, companies are grapefruits, peppers, avocados,grapes, figs, and passion and sharon fruits.

Dates from Israel come in many brands and are particularity popular during the holy month of Ramadan.

Israeli new potatoes are all too often seen in the spring before Irish potatoes are available. Carrots are also exported from Israel.

Tivall is an Israeli company that produces vegetarian foods.

Herbs, such as basil, dill, tarragon, parsley, sage, rosemary, mint, chives and others are commonly sold.

These goods are widely available in big chainstores such as Dunnes Stores, Tesco, Marks & Spencer, Supervalu, Superquinn, Aldi and Lidl.

Most Stanley/Black&Decker Toolboxes and plastic organisers are made in Israel. Plastic saw horses are also often available.

These plastics can be found in Woodies, Chadwicks, Heitons, Davies and Cork builders providers (all part of the Grafton Group), Homebase, (part of the Home Retail Group), Argos, B&Q and many other hardware, builders’ providers and tool shops.

Sodastream, appliance for home-making carbonated drinks is a product manufatcured in the illegal Israeli settlement of Ma’ale Adumim in occupied Palestine. These products can be found in Dunnes Stores, Harvey Norman, Argos, Cleary’s, Brown Thomas, DID Electrical and others.

Lees Carpets are made by the Israeli company Carmel Carpets in the illegal industrial settlement zone of Barkan in the West Bank.

Dead Sea beauty products come in many brands including, Ahava, Dead Sea Magik, GADI21, -417, VivO, Nevoand Sea Spa Skincare. YesTo, formerly an Israel-based company which has since ‘relocated’ to the US, uses Dead Sea minerals in many of its products. They can be found in Holland & Barrett, Nourish and pharmacies. In addition they are often marketed by Israelis at large shopping centres including; Dundrum, Jervis Street, Liffey Valley and others.

Any theft by the Israeli state or companies of natural resources from the Palestinian section of the Dead Sea constitutes War Pillage under the terms of the Geneva Convention. Ahava is one company that is guilty of this, being based in the illegal settlement of Mitzpe Shalem on the Dead Sea.

MoroccanOil is an Israeli company that manufactures argan oil-based hair care products, which can be found in Peter Marks and other hair salons.

The Israeli brand AMAV is distributed in Europe by George Prentice Associates (GPA), Kildare. They market a range of “activities” type craft boxes (plastic!) and Art Easels for children These are available at major toy retailers, Hamley’s, Smiths and Art & Hobby.

Israel’s attacks on Gaza are leading to Coca-Cola boycotts 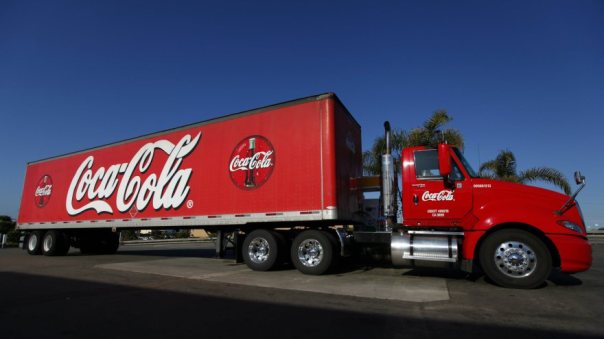 Turkish businesses have started removing Coca-Cola from shelves, more than a hundred Mumbai hotels are not selling any of its products, and Malaysian pro-Palestinian groups are calling for a boycott in response to the continued Israeli attacks on Gaza, which have killed more than 700 people.

The well-organized “Boycott Israel” movement has been around for many years, and generally ebbs and flows with the intensity of Israeli-Palestinian conflict, part of the larger “BDS” (for boycott, divestment & sanctions) campaign started in 2005. The huge civilian death toll in Gaza, which has been documented by quickly-circulated photographs, and the unrelenting nature of Israel’s missile attacks could make this boycott particularly tough on Coca-Cola, judging from growing support from social media:

END_OF_DOCUMENT_TOKEN_TO_BE_REPLACED

Government has said today that three agreements between Maldives and the State of Israel have been dissolved and that discussions are ongoing to prohibit the import of Israeli products to Maldives.

Speaking at a press conference today, Minister at the President’s Office Mohamed Hussain Shareef said that Israeli goods consists of a small percentage of imports to the Maldives and that Maldives will reject investors from Israel in the future.

She also noted the international condemnation of recent Israeli aggression in Gaza and the increase in calls for a boycott of Israeli products by a number of other countries.