Proof That News is Controlled by a Central Script Writer (Video)

If you still do not believe that your television is used to spread propaganda then this video will open your eyes. 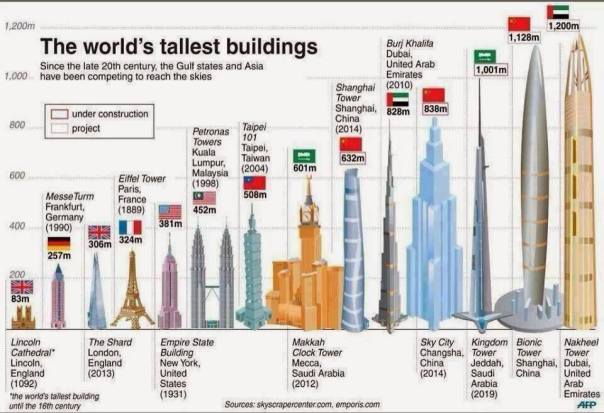 Forget about the poverty, corruption, and institutional racism in the Middle East, they’re clearly making progress. I mean check out these buildings and the price tags on them:

“Of the signs of the hour is that you will see barefoot bedouins competing with the construction of tall buildings.” – Prophet Muhammad (Peace be upon him)

There are many more dots that must be connected if we are to fully penetrate and understand the messianicreality of the world today.

When a people cannot themselves see, there will always be those who would gleefully exploit the opportunity to put a chain around their necks, weapons in their hands and money in their pockets, in order to lead them to establish such absurdities as a bogus Islamic Caliphate and to recognize and embrace a false and bogus Imām al-Mahdi.

END_OF_DOCUMENT_TOKEN_TO_BE_REPLACED

Documentary: The Price of the World Cup (Video)

Brazil is the home ground of football, the place where football isn’t just a game but a lifestyle. In June, Brazil will be invaded by hundreds of thousands football enthusiasts when the World Cup, the biggest sporting event in the world, will be held in twelve cities throughout the country. The final will be in Rio de Janeiro.
More documentaries…

END_OF_DOCUMENT_TOKEN_TO_BE_REPLACED

US Aid To Israel – The Real Deal (Video)

Is the end near for the US or the world or both? 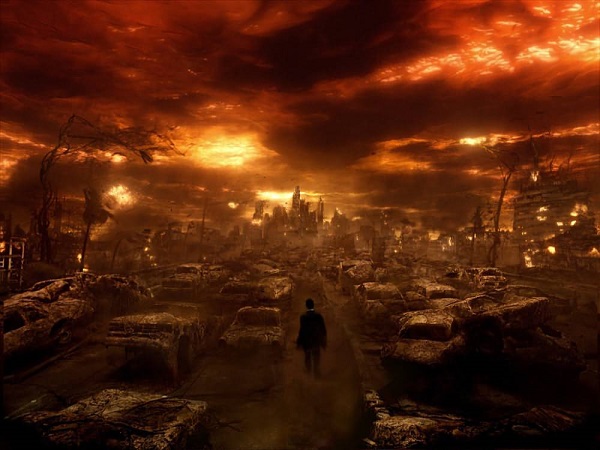 Two pressures are building on the US dollar. One pressure comes from the Federal Reserve’s declining ability to rig the price of gold as Western gold supplies shrivel and market knowledge of the Fed’s illegal price rigging spreads. The evidence of massive amounts of naked shorts being dumped into the paper gold futures market at times of day when trading is thin is unequivocal. It has become obvious that the price of gold is being rigged in the futures market in order to protect the dollar’s value from QE.

The other pressure arises from the Obama regime’s foolish threats of sanctions on Russia. Other countries are no longer willing to tolerate Washington’s abuse of the world dollar standard. Washington uses the dollar-based international payments system to inflict damage on the economies of countries that resist Washington’s political hegemony.

Russia and China have had enough. As I have reported and as Peter Koenig reports here. Russia and China are disconnecting their international trade from the dollar. Henceforth, Russia will conduct its trade, including the sale of oil and natural gas to Europe, in rubles and in the currencies of its BRICS partners.

As John Williams (shadowstats.com) has made clear, the US economy has not recovered from the downturn in 2008 and has weakened further. The vast majority of the US population is hard pressed from the lack of income growth for years. As the US is now an import-dependent economy, a drop in the dollar’s value will raise US prices and push living standards lower.

All evidence points to US economic failure in 2014, and that is the conclusion of John Williams’ April 9 report.

This year could also see the breakup of NATO and even the EU. Washington’s reckless coup in Ukraine and threat of sanctions against Russia have pushed its NATO puppet states onto dangerous ground. Washington misjudged the reaction in Ukraine to its overthrow of the elected democratic government and imposition of a stooge government. Crimea quickly departed Ukraine and rejoined Russia. Other former Russian territories in Ukraine might soon follow. Protesters in Lugansk, Donetsk, and Kharkov are demanding their own referendums. Protesters have declared the Donetsk People’s Republic and Kharkov People’s Republic. Washington’s stooge government in Kiev has threatened to put the protests down with violence. Washington claims that the protests are organized by Russia, but no one believes Washington, not even its Ukrainian stooges.

Russian news reports have identified US mercenaries among the Kiev force that has been sent to put down the separatists in eastern Ukraine. A member of the right-wing, neo-Nazi Fatherland Party in the Kiev parliament has called for shooting the protesters dead.

Violence against the protesters is likely to bring in the Russian Army and result in the return to Russia of its former territories in Eastern Ukraine that were attached to Ukraine by the Soviet Communist Party.

With Washington out on a limb issuing threats hand over fist, Washington is pushing Europe into two highly undesirable confrontations. Europeans do not want a war with Russia over Washington’s coup in Kiev, and Europeans understand that any real sanctions on Russia, if observed, would do far more damage to Europeans. Within the EU, growing economic inequality among the countries, high unemployment, and stringent economic austerity imposed on poorer members have produced enormous strains. Europeans are in no mood to bear the brunt of a Washington-orchestrated conflict with Russia. While Washington presents Europe with war and sacrifice, Russia and China offer trade and friendship. Washington will do its best to keep European politicians bought-and-paid-for and in line with Washington’s policies, but the downside for Europe of going along with Washington is now much larger.

END_OF_DOCUMENT_TOKEN_TO_BE_REPLACED

America and the EU’s top diplomats met today to brainstorm over how to break Europe’s dependence on Russian energy. There were few concrete solutions, though the US again offered to ship US gas across the Atlantic. But as RT’s Peter Oliver reports, that’s easier said than done.

WE USE 3 OXYGEN CYLINDERS DAILY TO STAY ALIVE (IMAGE)