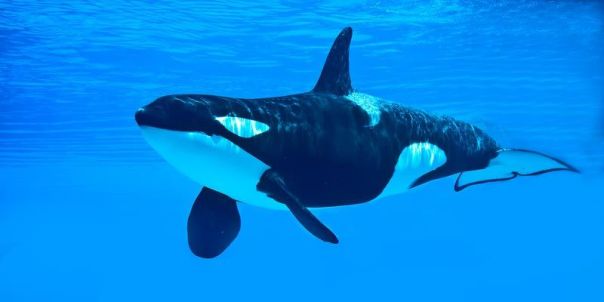 Found in all oceans of the world, orcas are most common in the Arctic and Antarctic and are often spotted off the west coast of the United States and Canada. Orcas are found in both coastal waters and open ocean. Orca’s can live for an average of 50 to 80 years. The brain of a killer whale can weigh up to as much as 15 pounds (7 kg). That’s about five times heavier than the average human’s, making it one of the biggest brains on the planet.