In the Student Union Center at the University of Miami, Abdullah Hakim Quick delivers another enlightening and unforgettable talk about the true origins of the major holidays celebrated in the West. With many non-Muslim students in attendance, Sheikh Quick explains that throughout time there has been a constant struggle between those who believe in one God and those who believe in many gods. And these struggles resulted in many compromises on the part of those who would ultimately influence and shape many modern day religious ceremonies and celebrations. And what comes to us today are rituals not condoned by the prophets and messengers of God, but rather mixed-up beliefs and practices that can be attributed to ancient pagan culture. The major celebrations analyzed in this talk are: Christmas, New Year’s, Valentine’s Day, Easter, and Halloween.
More Abdullah Hakim Quick lectures…

The Surprising Origin of Birthdays 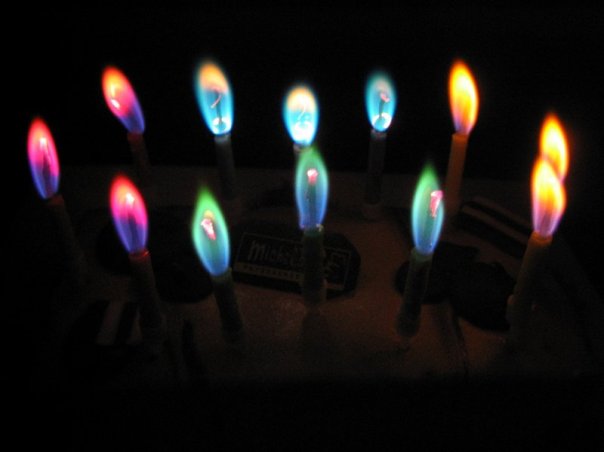 Almost everybody, today, celebrates birthdays. Around the world, friends and relatives hold birthday parties, give gifts to the one being honored, and wish “Happy birthday!” to the one whosebirthday is being celebrated.

END_OF_DOCUMENT_TOKEN_TO_BE_REPLACED

January is named after Janus, the Roman god of doors and gateways. He was commonly depicted in statues, carvings and paintings as a two headed man with one head facing forward and the other head facing backwards. In 46BC Julius Caesar chose January 1st as the first day of the New Year as Janus symbolically represented the door to the New Year. Wild parties and orgies were held on the night before the New Year’s Day as a re-enactment of the chaos which Roman mythology depicted as preceding the cosmos or the ordered world whose organization was set by the gods. Furthermore, by that time, Janus had become, in practice, the highest god receiving the ritual sacrifices of Roman worshippers before the other gods, including the chief god, Jupiter.[1]

Thus, in its essence the celebrations of the New Year on January 1stand New Year’s Eve, the night before, are a part and parcel of pagan religious rituals based on idolatrous beliefs in false gods. Consequently, it is completely Haraam (sinful and forbidden) for Muslims to participate in or adopt any of its related rituals, customs and symbols.

If a non-Muslim greets a Muslim, “Happy New Year”, the Muslim is not allowed to respond in a similar manner or say, “Same to you.” Instead, in order not to offend or hurt the feelings of non-Muslim friends or acquaintances, one may say instead, “Happy holiday.”

As for celebrating the New Year according to the Islamic calendar which begins with the month of Muharram, this is also not permissible from a number of perspectives. First and foremost, if one does so believing that it is pleasing to Allah to do so, thereby transforming it into an act of worship, it becomes a  Bid‘ah or cursed innovation in the religion about which the Prophet (pbuh) said, “Every innovation in religion is misguidance and all misguidance leads to the Hellfire.” If one does so merely as a custom, it is still impermissible as it falls under the prohibition of imitation of pagan customs about which the Prophet (pbuh) said, “Whoever imitates a people becomes one of them.”

[1] Pope Gregory 13th who set the modern calendar, the Gregorian calendar, also officially fixed the first day of the year for ChristianEurope as January 1st in 1582.

With the beautiful golden Christmas baubles and the oh-so-cute snowy Christmas trees, it is absolutely understandable to be attracted to all the glitz and shine of Christmas (and as a side note, it does make it worse not to be tempted and dragged into the excitement with all those gorgeous sale deals), but is it okay for Muslims to be a part of the festivities or is it a matter of religious do’s and don’t’s?

END_OF_DOCUMENT_TOKEN_TO_BE_REPLACED

The celebration of Christmas as we know it today stems from the traditions of several different cultures.
Click here to watch…

Documentary: The Real Story of Christmas and Christmas Traditions (Video)

Lawrence Krisna Parker a.k.a KRS One – Hiphop Beyond Entertainment (Video)