The First ever comedy/action movie of it’s kind, A movie by Muslims everyones can enjoy.
A dedicated cop name Mohammed is partnered with a dedicated Muslim name Abdul as part of a plan by the chief of police in order to be reelected again. However these two cops stumble on a series of violations made by Islamaphobic cops who prey on Arabs and Sisters in Niqab. It’s up to these two cops to make a decision to be dedicated to Islam or Dedicated to their job. This Film stars Omar Regan, Baba Ali, YaztheSpaz, TrueStoryAsa, Joshua Salaam, Junaid Jamshed, Amina Matthews, Freeway, Amir Sulaiman, Quadir Lateef and many more….

She walks down the street covered up from head to toe. Her many layers and loose clothing have you very confused. It’s warm outside. Most people are wearing shorts and t-shirts. Yet, you find this particular woman, going against the norm and sticking out from the rest. In America, where one is “free” to do, say, or even wear anything, why would a free woman choose to dress this way? It’s a logical question.

END_OF_DOCUMENT_TOKEN_TO_BE_REPLACED

Hijab is not for only one gender

The usage of the word Hijab nowadays tends to immediately conjure up imagery on Islamic clothing obligations for women, the jilbab, niqab, abaya, headscarf etc. and the uphill battle many Muslim women face in embellishing themselves Islamically. What, I feel, seems to be far less considered in the public discourse today is the male factor: How males should conduct themselves and the Shariah protocol relating to their dressing.

END_OF_DOCUMENT_TOKEN_TO_BE_REPLACED

Yet another ‘ban the burqa’ debate on tv featuring 2 muslim women. It is good to see the moderator takes a fairly neutral stance, and doesnt favour one side over the other. Once again, we see an uncovered woman, Mona Eltahawy, with a distorted sense of reality try to force her personal opinions on the whole world, and it is great to see that she is completely dominated by a woman wearing a niqab. Hebah Ahmed not only dispells all of her false arguements, but also raises some important points that clearly make her the winner of this ‘ban the burqa’ debate.

If the woman is free to show her body, then why isn’t she free to cover it? 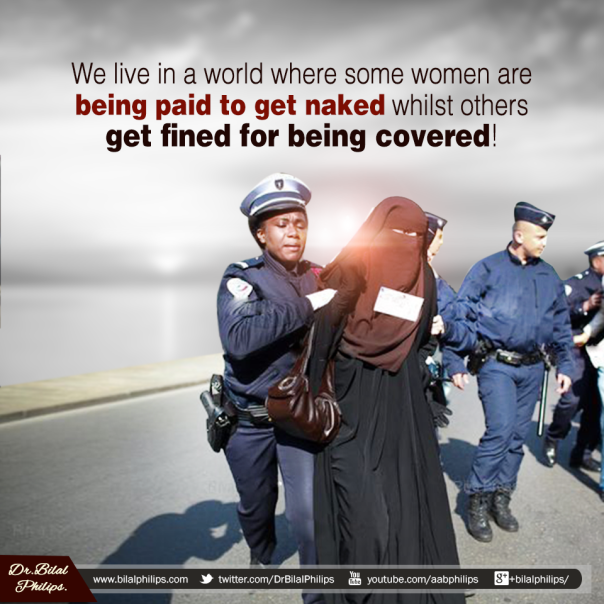 Women in Headscarves Behind Brazuca – The Official Football made in Pakistan

Do you know the “Brazuca” is the official world cup ball of FIFA 2014 which has been produced by second largest Muslim country Pakistan. Forward Sports in Sialkot, Pakistan is the manufacturer of the Brazuca. They were awarded the contract by Adidas at short notice after the original manufacturer in China failed to meet the demand. 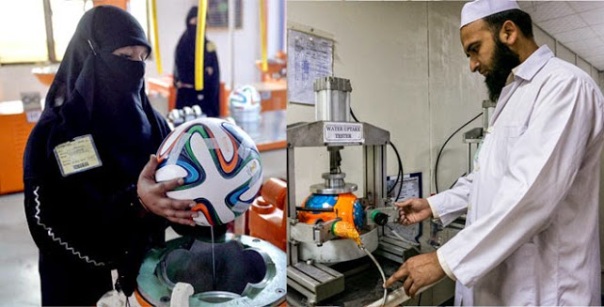 This is not the first time when Pakistan is making footballs for world cup, ‘The Albert’ Official Olympic London 2012 was also made in Sialkot Pakistan. Not only this, but if we look at the history, we will found that the football of World cup 1982 “Tango” was also made in Pakistan. Sialkot has a long history of manufacturing top-class balls. 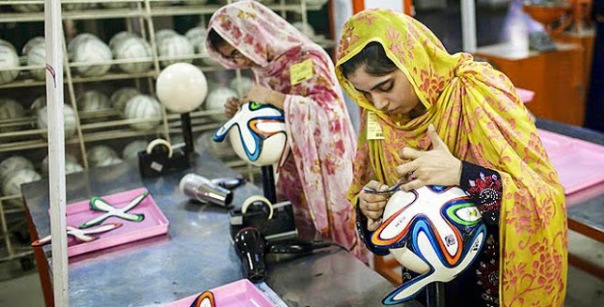 On the Brazuca production line, women in headscarves, some with their faces veiled, work briskly.

Ninety percent of those working on the Brazuca were women.

Shaykh Hamza Yusuf: A Moral Vision For The Future (Video)

Reflections on the core values that bring us together to build the beloved community – a moral vision for the future. Hamza Yusuf is a president, cofounder, and senior faculty member of Zaytuna College. He is an advisor to Stanford University’s Program in Islamic Studies and the Center for Islamic Studies at Berkeley’s Graduate Theological Union. He also serves as a member of the board of advisors of George Russell’s One Nation, a national philanthropic initiative that promotes pluralism and inclusion in America. In addition, he serves as vice-president for the Global Center for Guidance and Renewal, which was founded and is currently presided over by Shaykh Abdallah bin Bayyah, one of the top jurists and masters of Islamic sciences in the world. Recently, Hamza Yusuf was ranked as “the Western world’s most influential Islamic scholar” by The 500 Most Influential Muslims, edited by John Esposito and Ibrahim Kalin, (2009).