The Persuading Parents: How to Motivate Children to do Good 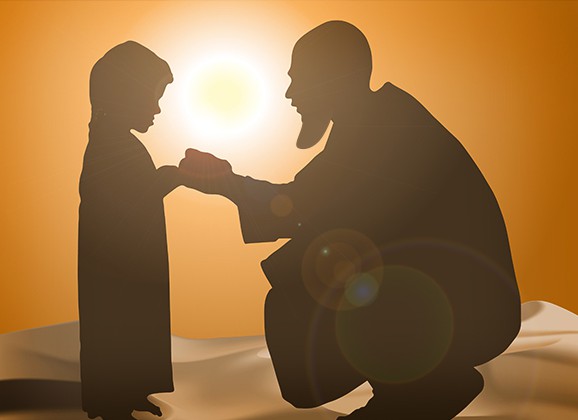 What motivates your child to do a good deed or to stay away from evil?  Most of the parents would find this difficult to answer. Our children hear a lot from everyone that back biting is forbidden in Islam but they can’t stop themselves from indulging in it. They know the virtues of praying fardh salah in the masjid but we find very few children in the masjid. What motivates them to develop habits that are marked very high by Islam? What stops them from indulging in things that spoil their character and put their akhirah in danger?

END_OF_DOCUMENT_TOKEN_TO_BE_REPLACED

The 20th Football World Cup kicked off in Brazil on Thursday 12th June. For an entire month the world’s eyes were fixed on this event, becoming the topic of impassioned discussions at home, school, work, restaurants on street corners, well…everywhere you can think of!

Anything and everything football is IN during this period – even those that don’t like football will get caught up in the frenzy! From special offers for pizzas, to decidedly bizarre advertising, everyone will be riding the wave.

But, with all the euphoria and joy, there will also be sorrow as teams exit the tournament and people return to the humdrum routine of daily life. Maybe many considering that there must be more to life than this…

Imagine if a small seed could be planted in the minds of the masses, which in time could grow…prompting them to consider their true goal in life.

WHAT DID WE DO?

To coincide with the the Brazil football World Cup, iERA has launched the first ever Global Dawah Campaign – ‘What’s Your Goal?’. This campaign aims to motivate Muslims to get involved in sharing the message of Islam in a warm and friendly way to inshaa’Allah plant the seeds, prompting people to ponder their true purpose in life.

“Whoever guides (another) to a good deed will get a reward similar to the one who performs it.”

END_OF_DOCUMENT_TOKEN_TO_BE_REPLACED

Surround yourself with people who motivate, inspire and enhance your.

Surround yourself with people who motivate, inspire and enhance your.