When we know the status of something, it is easier to honor it. Unfortunately, Muslims today do not honor the mosques as they should be honored. We know that the masjid is the House of Allah, but we fail to internalize the nobility this title holds. When any object or person is connected to the Grand Name of Allah, it shows prestigious rank. For example, Allah

calls some of His exclusive slaves, “ebaadur-Rahman”, the slaves of the Most Merciful. By connecting them with His Name; Allah is honoring them. Similarly, the masajid are known as “Buyutullah”, the Houses of Allah. Of all the places on this earth, the Prophet

. Think about it: Our Lord loves the masajid! Even the name holds great honor; “masjid” literally means “place of prostration (sujud)”. They are the greatest places to worship Allah and to remember Him. Allah 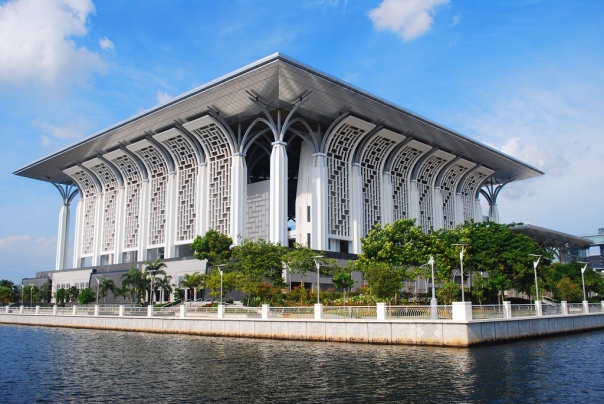 The Tuanku Mizan Zainal Abidin Mosque, or Iron Mosque is the second principal mosque in Putrajaya, Malaysia after Putra Mosque. It is located in Putrajaya’s Precinct 3, opposite the Palace of Justice. Construction began since April 2004 and was fully completed on August 2009. It was officially opened by the 13th Yang di-Pertuan Agong, Tuanku Mizan Zainal Abidin on June 11, 2010. The “Iron Mosque” features a district cooling system, and fans or an air conditioning system. The mosque employs “architectural wire mesh” imported from Germany and China, which is also constructed at the Santiago Bernabéu Stadium in Madrid and the Bibliothèque nationale de France in Paris. The main entrance is strengthened with glass reinforced concrete to increase the integrity of the structure and uses fine glass to create an illusion of a white mosque from afar. 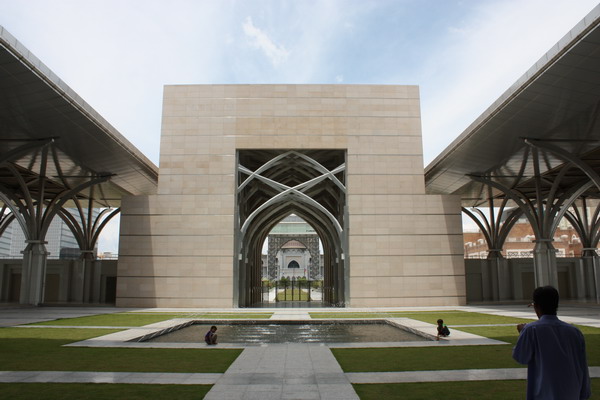 The path towards the mosque crosses a skyway known as the Kiblat Walk which stretches an area of 13,639 m². This skyway contains landscaping adapted from the ancient castles of Alhambra. The interior is decorated with Al-Asmaul-Husna calligraphy of the Thuluth variation. The entrance to the main prayer hall is adorned with verse 80 of Sura Al-Israfrom the Qur’an.

Mufti Menk: Getting to know the Companions (Day 12) – Umm Maktoum and Ja’far RA

The Series “Getting to Know the Companions of Muhammad pbuh” will take place at Masjid Tuanku Mizan also known as the Steel Mosque in Putra Jaya, Malaysia daily after the taraweeh prayers.