One hundred years after the Ottomans joined the war, this three-part series tells the story from an Arab perspective. Episode two tells the story of the decline of the Ottoman Empire, the fall Sultan Abdul Hamid II, the rise of the young Turk government in his place – and the history of the Ottoman-Germany relationship which led to the Treaty of Alliance between them in August 1914.
More documentaries… 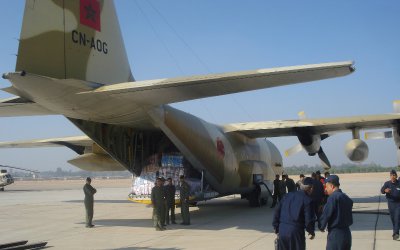 Thursday (24 July), two aircraft of the Moroccan army, was sent to the Al Ismailia airport in Egypt, with 10 million dirhams in humanitarian aid for Gaza.

The relief was ordered by King Mohammed VI and was provided by the Moroccan army, the Moroccan Agency for International Cooperation and the Mohammed V Foundation for solidarity.

It is the second time that Morocco sends humanitarian aid to Gaza since the beginning of the military offensive by Israel on the Gaza Strip in July. Earlier this month, King Mohammed VI had an urgent financial help of $ 5 million allocated to Palestine.