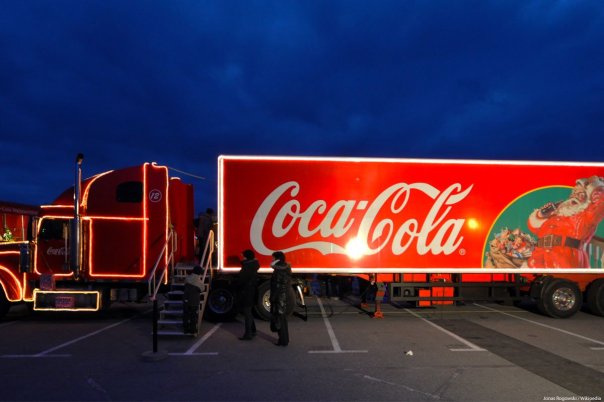 Coca-Cola is building a factory in Gaza, but before you applaud such an investment in an area where the economy is shattered and unemployment ranks among the highest in the world, let’s examine the deal more closely. Who will actually benefit from this? It’s a rhetorical question really, because the Palestinians living there will be the long-term losers while the neighbouring State of Israel will count the shekels rolling in.

The first of the materials to build the factory came via Israel with a convoy of 10 trucks carrying assembly line machines through the Yitzhak Rabin border terminal; from there the lorries were processed by the Israeli military into Gaza through the Kerem Shalom border crossing last week. This, in itself, is amazing, since only 130,000 tons of construction materials have been allowed into Gaza since the latest Israeli blitz; five million tons are needed to try to rebuild the factories bombed to destruction by Israel in its last two wars against the civilians of Gaza.

Thousands of families are still without homes in the depths of a Gaza winter and some of the dead are still buried under the tons of rubble where tower blocks stood before the Israeli military destroyed them. Despite international promises of humanitarian aid and a massive rebuilding programme nothing of any substance has happened because of the ongoing siege of the territory led by Israel and Egypt.