END_OF_DOCUMENT_TOKEN_TO_BE_REPLACED

One of the biggest issues facing  today is the obsession with music, parties and dance clubs. This lifestyle undoubtedly distracts us from our purpose in life and keeps us away from the truth. This is the story of Aiman and Nour who turned around their lives completely and are now active practicing Muslims.

How to save a sloth (Video)

Driving on the highway from Nickerie to Paramaribo in Surinam many animals are killed by cars when they are crossing the highway. Sometimes you are lucky and can you save lives of extraordinary animals.

Tags: animal, cars, creature, extraordinary, highway, how to, how to save, how to save a sloth, lives, nickerie, paramaribo, sloth, surinam, suriname

The meaning of Sabr (Patience)

It implies patience, forbearance, perseverance, determination, fortitude, constancy and steadfastness. Sabr assumes different dimensions depending upon which aspect of life is the point of reference:

END_OF_DOCUMENT_TOKEN_TO_BE_REPLACED

5 THINGS THE MEDIA WON’T TELL YOU ABOUT EAST JERUSALEM 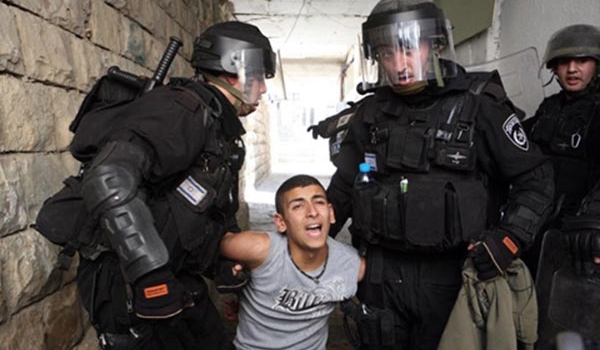 Palestinians in East Jerusalem live their daily lives under the brutality of Israeli occupation. However, their suffering is ignored by most of the western media. Palestinians in East Jerusalem face expulsion from the city, home demolitions, freedom of movement restrictions, surveillance, and violence from settlers and soldiers. This is in addition to illegal settlement building on their land.

It is through measures such as these – all violations of international law – that Israel is attempting to ethnically cleanse East Jerusalem of its Palestinian population. Israel’s stated goal is to establish and maintain the whole of Jerusalem as its capital.

END_OF_DOCUMENT_TOKEN_TO_BE_REPLACED

A privileged young male Arab at odds with his cultural identity and his less fortunate street smart friend; a disillusioned Indian taxi driver who bears an uncanny resemblance to a famous Bollywood star; and a former Romanian ballet dancer now working as a flight attendant and searching for love and companionship … these individuals all live in Dubai and their lives are about to collide for better or for worse in a city where ambition, growth and opportunity are encouraged and dreams can still manifest. “City of Life” is an urban drama that tracks the various intersections of a multi-ethnic cast, examining how random interactions and their consequences can irrevocably impact another’s life. As the name suggests, City of Life’s inordinately humane kaleidoscope of converging experiences introduces a city that is in itself a living pulsating character. “City of Life” ultimately reveals how unexpected tragedy and loss can lead to hope and profound transformation as it explores and exposes the complex network that exists in an emerging multi cultural society’s race, ethnicity and class divide. Written by Tanya Wagner.

Feeling down? Here are some tips that may help

END_OF_DOCUMENT_TOKEN_TO_BE_REPLACED

Japan had been waiting decades for “the big one” to hit, an earthquake powerful enough to devastate the country.

Emergency services and the public were drilled in how to respond when the earth moved; thousands of kilometers of sea walls were built to protect the coast from tsunamis, the deadly after-effects of quakes out at sea.

But when the earthquake came on March 11, few would have predicted the devastation it caused.

The magnitude 9.0 quake, unleashed a tsunami so powerful, it tore through Japan’s defenses as though they were not there. The surge turned towns and cities into matchwood, killed thousands of people and caused a still-to-be resolved nuclear crisis.

Among the communities hit was the small port city of Miyako. In the days after the disaster its surviving citizens somehow had to carry on with their lives. This is their story.
Watch more documentaries…