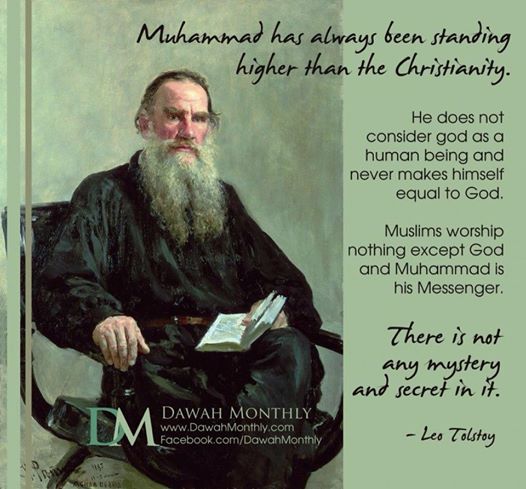 —> Prophet Muhammad: “Muhammad has always been standing higher than the Christianity. He does not consider god as a human being and never makes himself equal to God. Muslims worship nothing except God and Muhammad is his Messenger. There is no any mystery and secret in it.”

—> Humanity needs Islamic law: “The law of the Qur’an will prevail in the world because it agrees with reason and wisdom. I have come to understand that humanity needs only a Divine law to establish the truth and destroy falsehood. Islamic law will encompass the entire world because it is consistent with reason and agrees with wisdom and justice.”

—> They amazed their surroundings: “It is true that the wide spread of Islam at the hands of those (Muslims) did not appeal to the Buddhists and Christians. However, the indisputably well-established fact is that the Muslims, in the early days of Islam, were recognized for their abstinence in the false world, pure conduct, uprightness and honesty so much that they amazed their surrounding neighbors with their noble manners, mercy and kindness.”

—> The people of vision: “One of the good merits of the Islamic religion is that it enjoins good treatment to Christians and Jews in general and Christian bishops in particular. It commands to deal with them kindly and helpfully and permits its followers among men to marry Christian and Jewish women, who are allowed to remain on their religion – a teaching which implies great toleration not hidden from men of enlightened visions.”