CAIRO – A YouTube video shared by a Saudi paper has showed 500 Chinese Muslims reverting to Islam after being touched by the “simplicity” of the funeral of the late King Abdullah bin Abdul Aziz.

“They all became Muslims after chanting through loudspeakers ‘there is no God but Allah, Mohammed (PBUH) is the messenger of Allah,” the YouTube film, published by Ajel Arabic language daily, said.

The video showed the Chinese workers gathering near their company offices in the eastern town of Jubail and reciting the Shahada, or the declaration of faith.

END_OF_DOCUMENT_TOKEN_TO_BE_REPLACED 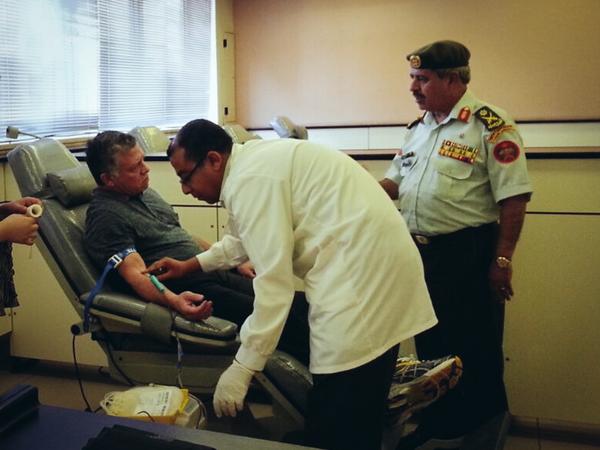 King Abdullah of Jordan has given blood for the victims in Gaza. On the Twitter account of the Jordanian royal family is a picture to show that the king donates blood for wounded Palestinians.

King Abdullah has already several times been critical of the Israeli attacks. He tried to include Israel and Hamas last week to move to a truce, but that was to no avail.

Since yesterday morning is a cease-fire in effect seems to hold that position. Israel has withdrawn all troops from the Gaza Strip and many Gazans went home to record damage. For the first time in weeks, there were no incidents yesterday.