Yesterday afternoon 13:30 (local time), a horrible accident took place at the Delhi Zoo. A 22-year-old student fell right over the fence into the cage of a white tiger. Cameras could capture how the man’s strong jaws of the animal did not survive.

7 weird things money does to your brain 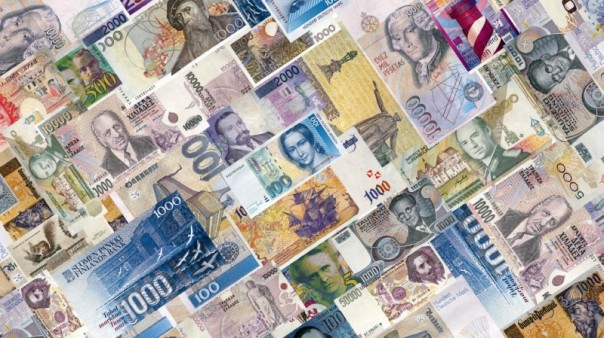 Money is packed with meaning, and it impacts our personalities, our relationships, and how we think.  As you might imagine, a lot of stuff is going on in our brains when we think about money, and some of it is surprising. Researchers in the emerging field of neuroeconomics are drawing on psychology, neuroscience, and economics to give us picture of the human brain on money. Let’s take a look.

According to research, money actually reduces empathy and compassion. One of the key ways humans feel empathy is through reading the facial expressions of other humans. Seeing that someone has a sad face triggers you to feel sad, too. But if you’re rich, not so much. Michael Kraus, the co-author of a study discussed in Time, told the magazine that people with fewer economic resources are conditioned to respond to numerous vulnerabilities and threats, which means they have to be more attuned to social cues. “You really need to depend on others so they will tell you if a social threat or opportunity is coming and that makes you more perceptive of emotions.” Rich people can just sail along without worrying about so many threats, so they tend to ignore how others feel.

Money also makes people behave more aggressively towards others. Even fake money can do it: in a UC Berkeley study, researchers watched two students playing Monopoly, one with much more Monopoly money than the other. At first, the inequality seemed to make the richer student uncomfortable, but soon enough the student with more money got aggressive, smacking his pieces around and taunting the impoverished player. Paul Piff and his fellow psychologists have consistently found that high socio­economic status and interpersonal disregard are closely linked. So much for noblesse oblige.

The loss of money is known to share a similar psychological and physiological system with physical pain. Researchers have found that money is actually a pain buffer. In one experiment, participants were asked to rate their response to hot water after counting money. The more money counted, the less pain felt. On the other hand, people who had recently lost money rated the hot water as more painful.  Research also reveals that the anticipation of pain heightens the desire for money.

People also hate losing money more than they love making it. Psychologist and Nobel laureate Daniel Kahneman has suggested this aversion to loss may have evolutionary roots. For the primitive human, threats or losses were a higher priority than opportunities, because an opportunity might come again, but a threat could be your last.

Just thinking about money can cause you to behave unethically. Researchers from Harvard and the University of Utah found that people were more likely to lie and make immoral decisions after being exposed to money-related words. The mere exposure to the concept of money set off a “business decision frame” in study participants, causing them to think narrowly in terms of cost-benefit calculations and further their own interests without giving a damn about moral niceities.

Money makes you dangerous, too. Researchers at Berkeley observed crosswalks in San Francisco and found that people driving luxury cars were three times less likely than those in more modest vehicles to give the right away to pedestrians, and they were four times more likely to cut off other drivers.

END_OF_DOCUMENT_TOKEN_TO_BE_REPLACED

What Happens To Your Body When You Are Smoking (VIDEO)

Doubt kills more dreams than failure ever will.

Doubt kills more dreams than failure ever will.