Qualities of the Khawārij Sect Found Amongst Some Muslims Today

The Khawārij were a group who tried to exceed the piety established by the Prophet (sa). In fact, that caused them to question his positions and even kill some of his companions (ra). In an excellent book titled Studies on Religious Cults and Muslim History (Dirasāt al-Furuq wa Tārīkh al-Muslimīn) the writer gathers a number of qualities of the Khawārij, who in the name of piety, do more damage than good. Here are a few. Inshallah, I plan to translate them all in the future.

END_OF_DOCUMENT_TOKEN_TO_BE_REPLACED 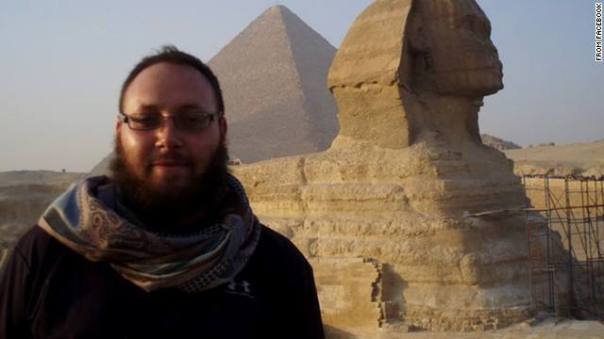 The beheading of Steven Sotloff by the khawarij #ISIS is despicable and downright bizarre. Isn’t it strange that those being beheaded are sympathetic to Muslim causes yet slaughtered by so called Muslims on camera?In the words of his mother “Steven is a journalist who traveled to the Middle East to cover the suffering of Muslims at the hands of tyrants. Steven is a loyal and generous son, brother and grandson.”

Interesting timing for all of this carnage isn’t it? I don’t know who these people are and where they come from, but every day reveals how far away from Islam they actually are.