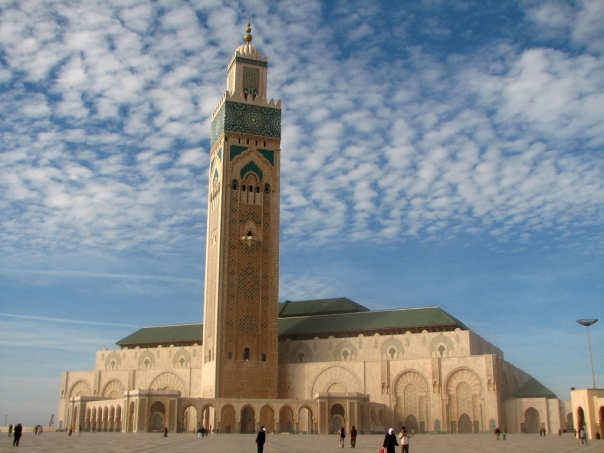 1. The Hassan II mosque, also called the Grand Mosque of Hassan II, is the the second largest mosque and third largest religious building in the entire world. The only mosque larger is in Mecca, and the minaret on the Grand Mosque is the tallest one around the globe, even taller than the one located in Mecca.

2. Most Casablanca Morocco hotels offer a view of the mosque, which is not difficult considering it towers over the city and surrounding area. This mosque was not completed until the year 1993, and it took 7 years to build during which the work was done around the clock by thousands of craftsmen and laborers.

END_OF_DOCUMENT_TOKEN_TO_BE_REPLACED

1. Islam is the name of the religion. A person who practices Islam is known as a Muslim. The adjective “Islamic” usually refers to objects and places, not people. The term “Mohammedanism” is an outdated term for the faith and is usually considered insulting.

2. Islam is an Arabic word that means “peace,” “security,” and “surrender.” Muslimmeans “one who peacefully surrenders to God.” Anyone from any race could be Muslim; in other words, “Muslim” does not refer to a particular race.