The Barometer of Islamic Society

In many countries, a yearly address is given to highlight the current status of society such as the State of the Union address delivered annually by the President of the USA.  These addresses tend to focus on economics as economics is the largest factor in voting and politics, as though money is not a measure of happiness in life, it correlates with political satisfaction.  Yet, as Muslims striving in the cause of Allah

, we should have our own criterion to determine if our society is in a positive state or in a decline.  We should not depend on rulers or mass media which are not always honest or may be under coercive measures and far from independent, to avoid bias or false perceptions.

END_OF_DOCUMENT_TOKEN_TO_BE_REPLACED

The number of Britons converting to Islam has doubled in 10 years. Why? Jerome Taylor and Sarah Morrison investigate

The number of Britons choosing to become Muslims has nearly doubled in the past decade, according to one of the most comprehensive attempts to estimate how many people have embraced Islam.

Following the global spread of violent Islamism, British Muslims have faced more scrutiny, criticism and analysis than any other religious community. Yet, despite the often negative portrayal of Islam, thousands of Britons are adopting the religion every year.

Estimating the number of converts living in Britain has always been difficult because census data does not differentiate between whether a religious person has adopted a new faith or was born into it. Previous estimates have placed the number of Muslim converts in the UK at between 14,000 and 25,000.

But a new study by the inter-faith think-tank Faith Matters suggests the real figure could be as high as 100,000, with as many as 5,000 new conversions nationwide each year.

By using data from the Scottish 2001 census – the only survey to ask respondents what their religion was at birth as well as at the time of the survey – researchers broke down what proportion of Muslim converts there were by ethnicity and then extrapolated the figures for Britain as a whole.

END_OF_DOCUMENT_TOKEN_TO_BE_REPLACED

Mecca: outrage at plan to replace the Prophet’s (pbuh) brithplace with mall

The site in Mecca where the Prophet Mohamed is said to have been born is about to be “buried under marble” and replaced by a huge royal palace. The work is part of a multibillion-pound construction project in the holy city which has already resulted in the destruction of hundreds of historic monuments.

END_OF_DOCUMENT_TOKEN_TO_BE_REPLACED

British Prime Minister David Cameron and many of Salmond’s SNP colleagues, though, were against the idea. Scots, Cameron said at the time, would be faced with “what I’ve always wanted, which is one single question. Not two questions, not devo-max, not different options; a very simple, single question.”

Edinburgh, London: When 3.6 million Scots voted on Thursday on whether to leave or stay within the United Kingdom, they were answering one simple question: Should Scotland be an independent country?

END_OF_DOCUMENT_TOKEN_TO_BE_REPLACED

John Legend on Israel-Gaza: ‘So sick watching our Secretary of State grovel to tell Israel how much he loves them’

John Legend’s Twitter comments about the American government’s involvement in the Israel-Gaza conflict were met with the now familiar contrast of applause and distain.

The latest in an ever-growing line of famous faces passing comment on the worsening violence in the Middle East via social media, the singer/songwriter posted the following on US Secretary of State John Kerry’s recent attempts to broker a ceasefire deal between the Israelis and the Palestinians:

“So sick watching our Secretary of State have to grovel so hard to tell Israel how much he loves them while Israeli cabinet shits on him.”
END_OF_DOCUMENT_TOKEN_TO_BE_REPLACED

As the current dispute over control of the Crimean Peninsula between Russia and Ukraine intensifies, there’s a claim making the rounds online that, if true, could have major repercussions for the region today. Most versions of the story claim that after Russia annexed Crimea in 1783, it signed a treaty which promised that if Crimea ever declared independence, it would automatically be transferred to the Ottoman Empire.

On March 11, 2014, the Supreme Council of Crimea declared its independence from Ukraine in the aftermath of the Euromaidan protests and the ouster of pro-Russian President Viktor Yanukovych. That would mean that according to the 231 year old treaty’s provisions, the Crimean Peninsula would now legally belong to Turkey (the successor state to the Ottoman Empire). Many of the articles making this claim online have sensationalist headlines that declare that Crimea should now belong to Turkey or that Turkey now finds itself in the middle of the dispute between Ukraine and Russia. But is there any truth to this claim?

END_OF_DOCUMENT_TOKEN_TO_BE_REPLACED

A pro-Palestinian campaign group in Turkey is to send aid on ships bound for Gaza, four years after its last attempt to break the Israeli blockade ended in a bloody raid and the deaths of 10 activists.

In a statement issued after a meeting in Istanbul at the weekend, the Humanitarian Relief Foundation group said it had formed a multi-national coalition designed to “challenge the Israeli blockade”.

END_OF_DOCUMENT_TOKEN_TO_BE_REPLACED

Disunity in al-Andalus: The Taifa Period

One of the recurring themes of Islamic history is that disunity in the Muslim world has consistently led to weakness and the decline of one-powerful empires. One of the most clear examples of this was the taifa period of al-Andalus – Muslim Spain – in the 11th century. In the 700s, al-Andalus was established as a powerful and prosperous province under the Umayyads. After the Abbasid revolution of 750, al-Andalus became an autonomous state under the sovereignty of what remained of the Umayyad dynasty.

Al-Andalus reached its peak around the year 1000. The Umayyad Caliphate of Cordoba was the most powerful state in Western Europe politically as well as economically. The artistic, academic, and social achievements of al-Andalus rivaled that of any other part of the Muslim world at that time, including the advanced civilizations in Iraq, Egypt, and Persia. However, within 50 years, all that would change. Al-Andalus would go from being one powerful united state, to one that is divided, vulnerable to invasion, and politically dependent on outsiders. This time, known as the Taifa Period, sowed the seeds for the decline of al-Andalus and its eventual fall in 1492.

END_OF_DOCUMENT_TOKEN_TO_BE_REPLACED 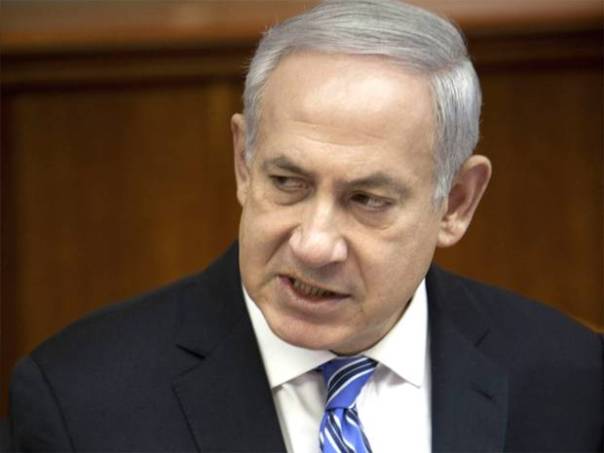 In a campaign to improve its image abroad, the Israeli government plans to provide scholarships to hundreds of students at its seven universities in exchange for their making pro-Israel Facebook posts and tweets to foreign audiences.

The students making the posts will not reveal online that they are funded by the Israeli government, according to correspondence about the plan revealed in the Haaretz newspaper.

Prime Minister Benjamin Netanyahu’s office, which will oversee the programme, confirmed its launch and wrote that its aim was to “strengthen Israeli public diplomacy and make it fit the changes in the means of information consumption”.