The French Muslim ignored by Israel

The African man who saved the lives of at least six Jews in Paris has gone largely unacknowledged by the Jewish state, which judges people not by their acts but by their color and religion. 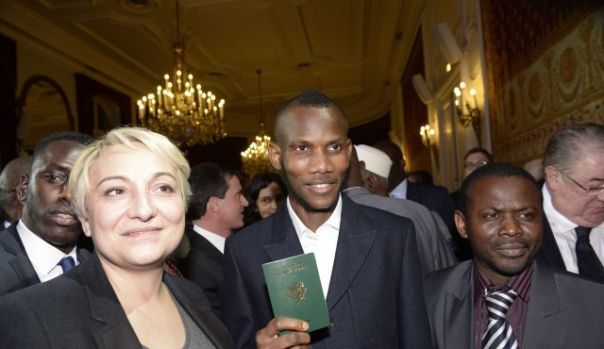 Lassana Bathily’s name probably does not mean very much to many people. He is a black Muslim immigrant, a 24-year-old Malian citizen who….

You might have thought that the above sentence was going to continue with a verb, such as “murdered,” “raped” or, at the very least, “stole” — but no. Bathily, the 24-year-old black Muslim immigrant, is the man whosaved at least six Jews from being murdered during the terror attack at the Hyper Cacher supermarket in Paris, where he worked, by hiding them in the walk-in freezer and turning off its power switch.

Within a week, the French interior minister granted him the citizenship he had applied for six months earlier. This was after about 300,000 French citizens who regarded Bathily as a national hero signed a petition asking that the government do so.

END_OF_DOCUMENT_TOKEN_TO_BE_REPLACED

Nowhere To Pray In Athens (Video)

What would you do if you and your community had to go underground — literally — to find a place to pray?
An estimated 300,000 Muslims live in Athens. But because of the Greek Orthodox Church’s influence and growing anti-immigrant sentiment, it is the only European capital without an official mosque. As the far-right Golden Dawn party has gained currency since the 2008 financial crisis, Muslim immigrants have been attacked and murdered, and unofficial mosques have been targeted. With so much hatred in the air, will an official mosque ever be built?

What kind of Muslim are you?  The question seems odd, but for those who seek to divide and conquer Islam, the answer has become increasingly important.  Even more disturbing are the labels we assign ourselves.

END_OF_DOCUMENT_TOKEN_TO_BE_REPLACED

The Most Anti-Immigrant Moments In US History (Video)

In the latest chapter of American immigration, protesters are demanding the deportation of tens of thousands of unaccompanied children from Central America. And as cold as it might sound to deport an 8-year-old, the U.S. is no rookie when it comes to being hostile to newcomers. Here are just some of the most anti-immigrant moments in U.S. history.