President Mahmoud Abbas has submitted Palestine for membership in the International Criminal Court, based in The Hague. Some see Abbas’ ICC move as a desperate attempt to do *something* – especially after a controversial resolution to create a Palestinian state failed at the United Nations Security Council. So why does the ICC bid matter, will Israel be tried for war crimes and what’s next for Palestine?

Kenyan President Faces The ICC For Crimes Against Humanity (Video)

Seven years after post-election violence ended in Kenya, the country’s current president, Uhuru Kenyatta, is standing trial at the ICC. The charge? Crimes against humanity. Kenyatta is accused of organizing revenge attacks against other ethnic groups during the outbreak of violence. 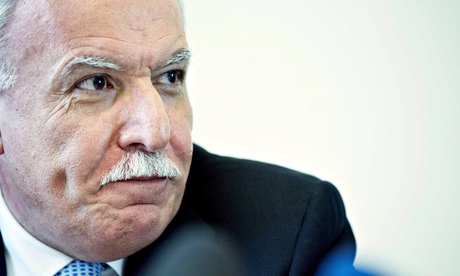 The Palestinian foreign minister, Riad Malki, said after meeting ICC officials that Israel had left him no choice but to seek accession to the court. Photograph: EPA

By: Julian Borger and Ian Black

Palestinian political leaders are poised to join the International Criminal Court (ICC) with the aim of putting Israel in the dock on war crimes charges, officials said today.

“Israel has left us with no other option,” Riad Malki, the Palestinian foreign minister, told reporters after meeting ICC officials in The Hague to discuss the implications of signing the Rome Statute. It would make the Palestinian state a member of the court with the authority to call for an investigation into possible war crimes and crimes against humanity.

END_OF_DOCUMENT_TOKEN_TO_BE_REPLACED

Will there be justice for the crimes committed in Gaza?

The International Criminal Court has to take a number of issues into consideration before launching an investigation. 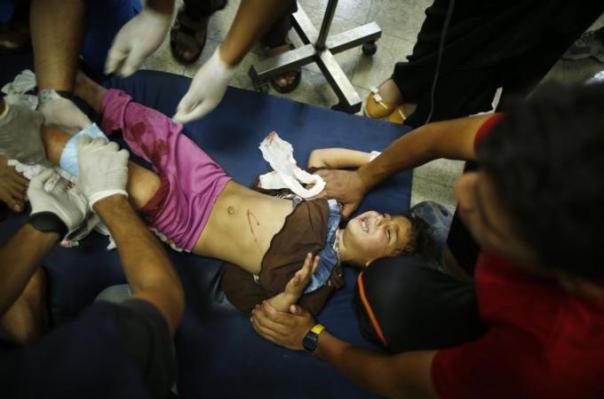 More than 1,200 Palestinians have been killed in Gaza, including many children [Reuters]

On July 25, Palestinian officials filed a criminal complaint with the International Criminal Court (ICC) in The Hague. The complaint accuses Israel of war crimes as a result of its ongoing campaign in Gaza, which has now left more than 1,200 Palestinians and 53 Israeli soldiers dead. The filing alleges crimes including the crime of apartheid, attacks against civilians, excessive loss of human life and crime of colonisation.

The immediate response from the Israeli government is that it will need to consider the new filing, but according to Foreign Ministry Spokesman, Paul Hirchson, “The Israeli military is working 100 percent within the dictates of international humanitarian law.” There are now counter allegations emerging from Tel Aviv that the responsibility lies with Hamas and not the Israeli Defence Force (IDF).