Hypocrites up and down the line. Terrorists themselves. Leaders who have been stoking the furnace of terrorism themselves, creating terrorists, supplying them with arms, tolerating their education in Saudi Arabia. Hypocrites. All those leaders who have been attacking Muslim countries for years on end and supplying arms. Hypocrites. All those leaders who yell “terrorism” when it suits their grander schemes of domination. Now when there is blowback in Paris, they yell “extremism” and use the occasion to continue and enlarge the war on terror. They use it to strengthen police state surveillance and to frighten the populations under their control. The West’s leaders have created terrorism, intentionally and unintentionally, knowingly and unknowingly, depending on the person and situation, and now they again are seeking to benefit from an attack on western ground. These same leaders stand by while Netanyahu engages in slaughtering Palestinians. They dismember Libya. They supply arms in Syria. They attack and destroy Iraq and Afghanistan. They now bemoan deaths for which they bear responsibility, for it is they who have invaded one Muslim country after another.

END_OF_DOCUMENT_TOKEN_TO_BE_REPLACED

Let the Truth stand up this Year 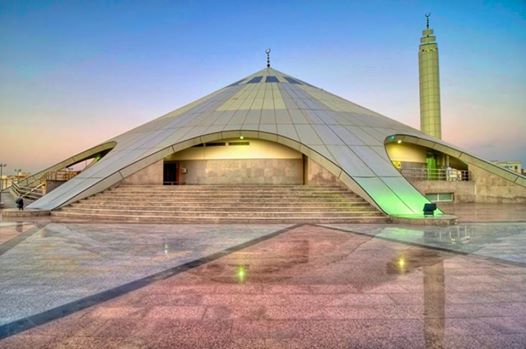 People today have become so dishonest that lying is like a profession! Januay 1st is not the New Year in the Ancient Solar calender: count in Latin “seven=septem so September is the 7th month! Octo (eight): so October is the 8th month, Novo=9 or November and decem=10 or December. January was the 11th month and February was the 12th! March was the first month! January was chosen for Janus, the so-called two faced god, Spiritualism and Materialism; a hypocrite. So New Year’s Eve with its drunkeness and immorality is a modern day manifestation of this same hypocrisy. Wake up people! And let the real Islam stand up! Here is 21st Century Masjid: “Evolving yet still Submitting to Allah”

Preparing for the Light

It was during a recent trip to a mountainous area for Eid vacations. We were to walk on absurdly rutted, bumpy and very steep roads in pitch darkness. Massive mountains were hovering above us and on the other side were deep valleys. Those of us having torches in their mobile phones switched them on so that we could find the way easily, without tripping or bumping into anything.

END_OF_DOCUMENT_TOKEN_TO_BE_REPLACED

Quran’s Challenge for a Literary Equivalent to God’s Words remains unmatched even after One and a Half Millenium.