HOW TO ACT DURING CHAOTIC TIMES AND THE END DAYS VIOLENCE

One of the enormous achievements of our Prophet

is that in less than twenty years he managed to bring law and order to a land that had hitherto been plagued with lawlessness and the absence of any political organisation whatsoever. In the event of a crime or injustice being committed, the norm was for the injured party to take the law into its own hands and dispense “justice” to the aggressor. Usually, this would lead to acts of great barbarity and would normally provoke reprisals, vendettas and tribal feuds which could often drag on for generation after generation. War was a permanent feature of pre-Islamic Arabian society. Rule of law didn’t enter the picture;‘asabiyyah(“tribalism”, “clan zealotry” or “partisanship”) did.

END_OF_DOCUMENT_TOKEN_TO_BE_REPLACED

WHEN THE ISLAMIC STATE CAME TO IRELAND’S AID 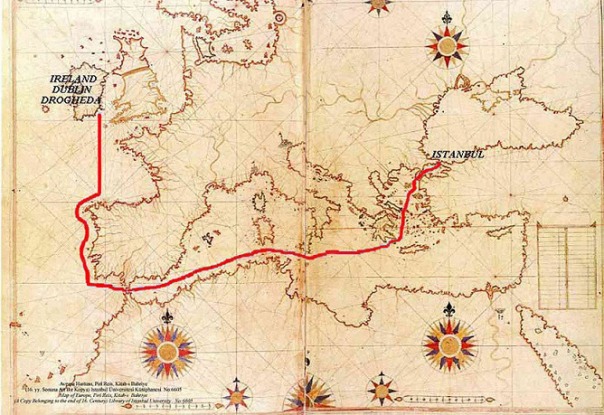 The 6,000 mile route from Istanbul to the port of Drogheda, Ireland

In 1845, the Great Irish Famine resulted in the deaths of over a million people. Ottoman Sultan Caliph Abdulmajid declared his intention to send 10,000 sterling to Irish farmers but the Queen of England requested that the Sultan send only 1,000 sterling, because she had sent only 2,000 sterling herself. The Sultan sent the 1,000 sterling but also secretly sent 3 ships full of food. The English courts was said to have prevented the Islamic state’s ships from entering the harbors of Cork City and Belfast, but they finally succeeded to dock secretly at the small port of Drogheda and deliver the food.

END_OF_DOCUMENT_TOKEN_TO_BE_REPLACED 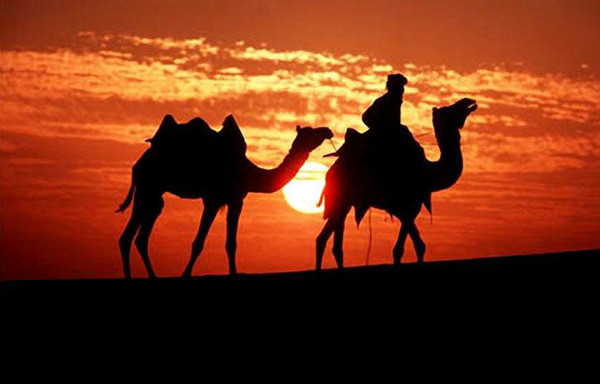 In the ninth year of the Hijrah, an Arab king made the first positive move to Islam after years of feeling hatred for it. He drew closer to faith (iman) after opposing and combating it. And he finally pledged allegiance to the Prophet (sallallahu ‘alayhi wasallam) after his adamant refusal to do so.

He was Adiyy, son of the famous Hatim at-Taai who was known far and wide for his chivalry and fabulous generosity. Adiyy inherited the domain of his father and was confirmed in the position by the Tayy people. Part of his strength lay in the fact that a quarter of any amount they obtained as booty from raiding expeditions had to be given to him.

When the Prophet (sallallahu ‘alayhi wasallam) announced openly his call to guidance and truth and Arabs from one region after another accepted his teachings, Adiyy saw in his mission a threat to his position and leadership. Although he did not know the Prophet personally, and had never seen him, he developed a strong feeling of enmity towards him. He remained antagonistic to Islam for close upon twenty years until at last God opened his heart to the religion of truth and guidance.

END_OF_DOCUMENT_TOKEN_TO_BE_REPLACED

If you forget and forgive you acquire generosity and honor in this world.

If you forget and forgive you acquire generosity and honor in this world.