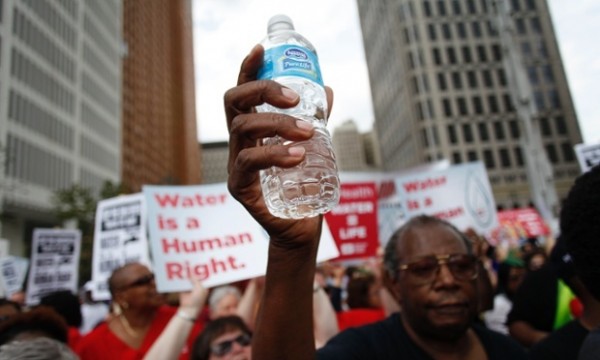 Positive news for Detroit residents on the verge of having their water shut off:

The Michigan Muslim Community Council has partnered with Islamic Relief USA, the largest Muslim charity organization in the country, to help thousands of households at risk of having their water shut off. The grant will be divided between the Detroit Water Fund, United Way of Southeastern Michigan and Wayne Metro Community Council.

The organizations are hoping to encourage others to follow suit:

(Reuters) – More than 100,000 people have been evacuated from their homes by authorities in five northern states of Malaysia hit by the Southeast Asian’ nation’s worst monsoon floods in decades.

Extremely high levels of floodwater and bad weather have made relocating victims and the transport of food supplies by helicopters difficult, Prime Minister Najib Razak said in a statement.

A total of 103,412 people have been displaced in Kelantan, Terengganu, Pahang, Perak and Perlis, state news agency Bernama said, surpassing the previous record of 100,000 people evacuated during floods in 2008.

Northeastern peninsular Malaysia, which is worst affected, is regularly hit by flooding during the annual Northeast Monsoon, but this year’s rains have been particularly bad.

On Tuesday, nearly 60 foreign tourists were among almost 100 people rescued by boat and helicopter from a resort in a Malaysian national park lashed by its highest rainfall since 1971.

The flooding comes as communities in northwestern Malaysia mark the 10thanniversary of the devastating tsunami that hit on Dec. 26, 2004.

The Ice Bucket Challenge is flooding Facebook, Twitter and Instagram timelines everywhere. So what exactly is it all about? And why are some people slamming it? AJ+ host Dena Takruri recaps the #IceBucketChallenge buzz. 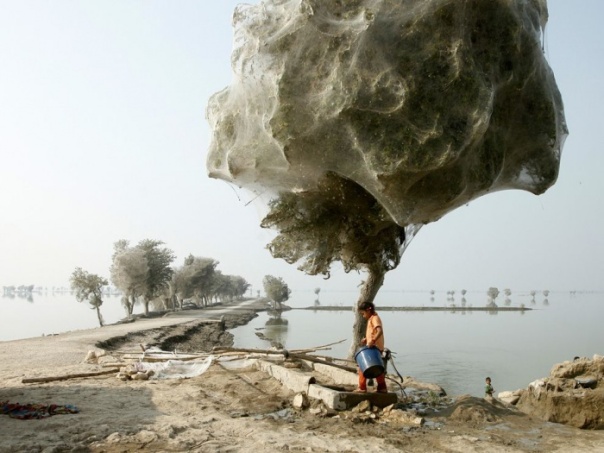 In 2010, millions of spiders climbed into the trees to escape the flooding in Pakistan. Because of the scale of it, many trees became cocooned in spider webs. People have never seen such a phenomenon before. We bet, you too haven’t seen something like this until now!