“BBC World News! I took my city with me! My response to the riots!” – Basheer Jones

We await the grand jury decision on whether Darren Wilson, the police officer who fired on and killed unarmed Michael Brown, will be indicted on criminal charges. Our Noble Prophet ﷺ said, “By Allah, if you have killed one man, it is as if you have killed all the people” (Sunan SaEid ibn Mansur 2776). While Michael Brown’s death is a deep tragedy in and of itself, the militarized response to the protests it sparked reflect racial disparities and long standing injustices in our society. As Muslims we should draw upon our strong tradition of standing with the most marginalized members of society.

END_OF_DOCUMENT_TOKEN_TO_BE_REPLACED

As I stood at the place where 18-year-old Michael Brown took his last breath, shot six times by a police officer in Ferguson, Missouri, despite being unarmed, these were the words said by a young African-American woman.

“I’m afraid to birth a son who could possibly be a victim of police brutality.”

As she spoke, tears streamed down her face. All I could do was hug her. I couldn’t comfort her by saying that she doesn’t have to worry, because history doesn’t show that. According to a study conducted by the Malcolm X Grassroots Movement, an organization that promotes self-determination in our community, police officers, security guards or self-appointed vigilantes killed at least 313 African Americans in 2012.

END_OF_DOCUMENT_TOKEN_TO_BE_REPLACED

A khutbah about ending racism. The comments on statuses about #Ferguson, like they were during the Trayvon case, are precisely why it’s so essential we fight racism at its core in our communities. What are some practical ways we can bridge the gap between various races in our communities?

After greater thought and encouragement by brothers and sisters from different communities, I’ve decided to repost the post I took down about Nicki Minaj and Ferguson. Shame on me for cowering to isms who in the name of constructs foreign to our faith seek to insulate evil.

The post is found below. I would appreciate folks comments and thoughts – their critique. However, I will not tolerate harsh accusations against me or anyone who comments.

I’m concerned with attempts by some who obviously have no idea who I am or are familiar with my track record to label me something I’m not. That in itself demanded a repost. Folks who know me know that I see the arts as an important vehicle to souls. Hence we have #ArtMonday on this page. When the arts serve to corrupt and harm people, regardless of ethnic or cultural root, you can bet that I will be there to speak out. For that reason I gave a Khutba a little over a year ago on Breaking Bad.

As a father, and an Imam in a community, I pay attention to what is influencing folks around me and I speak for or against it. I do not look through the lenses of isms, but the lenses of the permissible and the impermissible.

It’s been more than 20 years since the police beating of Rodney King led to the L.A. riots. More recently, protesters in Ferguson, Missouri, and all around the United States are furious over the police shooting of yet another unarmed black man — Michael Brown. AJ+ takes a look back at some of the most infamous police brutality cases that inform us now.

Talib Kweli: The Point That Went Missing concerns the debate with CNN 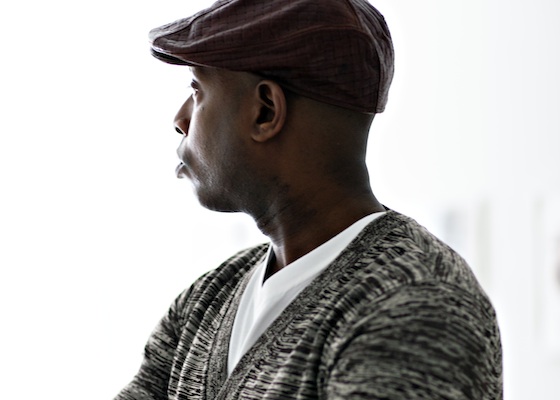 When I left for Ferguson, MO my intention was to only deal with the people in the community. My intention was not to participate in spectacle. But we all know what the road to hell is paved with. After receiving several phone calls from a producer at CNN, I decided to use my “fame” to shed light on the police aggression that the peaceful protestors and the community of Ferguson were facing.

END_OF_DOCUMENT_TOKEN_TO_BE_REPLACED

Fault Lines travelled to Ferguson to witness the demonstrations and the subsequent heavy-handed police reaction – and to find out how Brown’s killing sparked something bigger, exposing tensions that have been bubbling beneath the surface for years.