Snow and Sand in the Arabian Desert (IMAGES) 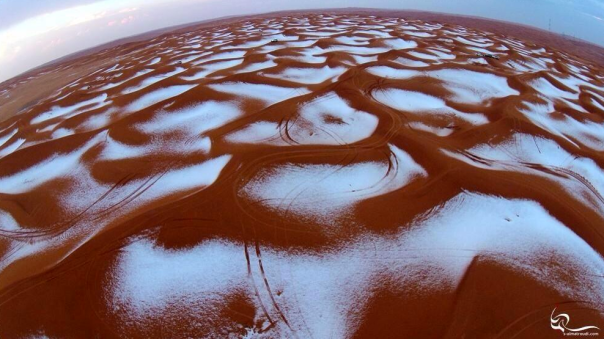 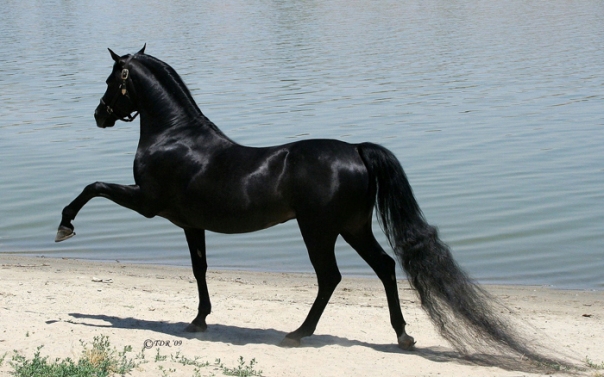 The Arabian horse is the oldest purebred horse in the world. The Arabian was the horse the Bedouin people (nomadic people) of Arabia as early as 3000 to 2500 BC. They were later introduced into Europe and throughout the world. All Arabian horses have black skin underneath their coats, except underneath any white hair. When these horses lived in the desert, the black skin would help to protect them from the hot sun. Horses see, hear and smell better than humans. Horses are very sensitive to touch. They can sense a fly landing on any part of their body and use their tail to flick it off. A horse’s heart beats 46 to 42 beats per minute. If frightened this can rise quickly to over 250. 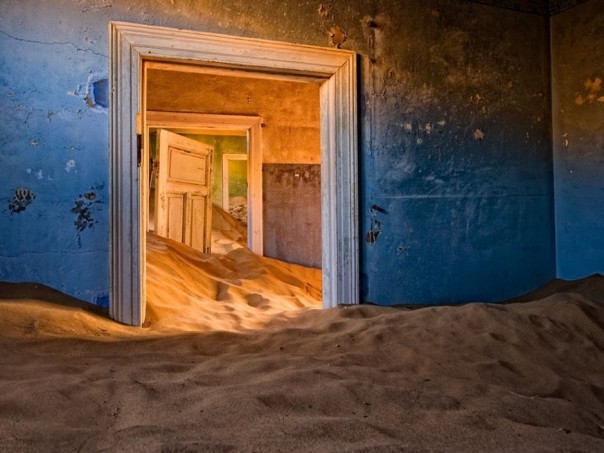 In 1908, a railroad worker found a glittering diamond sitting on top of sand. The Germans came to get rich quick which is why the Kolmanskop (Kolmannskuppe) village has such a German-influenced architectural style. As you can see, the houses in Kolmanskop are derelict and appear to be sinking in the hot desert sand.

(Afrikaans for Coleman’s hill, German: Kolmannskuppe) is a ghost town in the Namib desert in southern Namibia, a few kilometres inland from the port town of Lüderitz. It was named after a transport driver named Johnny Coleman who, during a sand storm, abandoned his ox wagon on a small incline opposite the settlement. Once a small but very rich mining village, it is now a popular tourist destination run by the joint firm NamDeb (Namibia-De Beers).

The streets of Gaza in November 1917 after a British attack on the city in WWI. (IMAGE)

The streets of Gaza in November 1917 after a British attack on the city in WWI. The First Battle of Gaza was fought on 26 March 1917 during the first attempt by the Egyptian Expeditionary Force (EEF) to invade the south of Palestine in the Ottoman Empire during the Sinai and Palestine Campaign of the First World War. Fighting took place in and around the town of Gaza on the Mediterranean coast when infantry and mounted infantry from the Desert Column, a component of theEastern Force, attacked the town. Late in the afternoon, on the verge of capturing Gaza, the Desert Column was withdrawn due to concerns about the approaching darkness and large Ottoman reinforcements. This British defeat was followed a few weeks later by the even more emphatic defeat of the Eastern Force at the Second Battle of Gaza in April 1917.

What Was Special About Pre-Islamic Arabia?

In the early 600s, a new religious and political force arose out of the deserts of Arabia. Islam, spearheaded by Prophet Muhammad ﷺ, quickly became the way of life for the entire Arabian Peninsula within a few years of the first revelations. By the end of the reigns of the first four caliphs, the Islamic realm extended from Libya in the West to Persia in the East. And just 100 years after the death of Prophet Muhammad ﷺ, Muslims had expanded the empire into Spain and India.

END_OF_DOCUMENT_TOKEN_TO_BE_REPLACED

Where the Namib Desert meets the Sea (IMAGE)

Documentary: Son of the desert (Video)

Italian marathon runner Max Calderan goes on a spectacular Ramadan journey across the desert of the Sinai Peninsula.

Al Jazeera World  presents ‘Son of the desert’, an inspirational story following Italian marathon runner and desert explorer Max Calderan and his ability to survive alone in the desert without food or medical help for unusually long periods of time. His dream is to cross some of the world’s most dangerous and unexplored deserts on foot.

In 2013, Calderan realised that dream and decided to make it a spiritual journey by crossing the desert of the Sinai Peninsula. He started on the first day of Ramadan and followed in the footsteps of Moses who led the Jewish people out of Egypt towards the Promised Land according to religious text.

Calderan left Suez for the Gulf of Aqaba where he converted to Islam. He then fasted from sunrise to sunset, stopping five times a day to observe the times of Islamic prayer. Temperatures reached 45 degrees as he started his run from Oyun Musa to Nuweba, accomplishing 240km in around 72 hours.

The lesson of his spiritual journey was ‘Al Saber’, patience, or the ‘fruit of the spirit’ in adversity. Calderan came to believe that we all have an inner strength and that with strong belief we can go beyond our normal limits. He decided that if he can cross the desert in extreme summer conditions while fasting, then anyone can achieve their own goals no matter how remote they may be.

White Sands National Monument is a desert, not of sand but of gleaming white gypsum crystals.