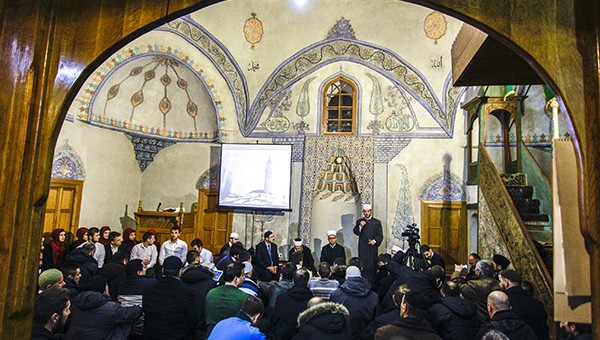 The United Islamic Assembly organised a Quran recital at the Cekrekci Muslihudin Mosque and great interest was shown by the Sarajevo Muslim community.

The mosque muezzin Bilal Efendic said that each year a Quran recital night was organised for the last night of the year and that the youth came together at the mosque in celebration of this. Efendic said that during the event 30 youths who are hafiz – those who have committed the entire Quran to memory – read from the Quran until late night. Many hymns were also sung as part of the event.

Organised each year, the programme opened with a ceremony at the Bascarsi Mosque. Mevlud programmes, where hymns and poetry are recited in honour of the Prophet Muhammad, book launches and Islamic song concerts are also part of the programme, which will continue until the 23rd January.