“But whoever kills a believer intentionally – his recompense is Hell, wherein he will abide eternally, and Allah has become angry with him and has cursed him and has prepared for him a great punishment.” Qur’an (Sahih international English translation)

Are health claims for the new generation of e-cigarettes true, or are they a smokescreen?
More documentaries…

Source: rohingyablogger.com
A. Soma Khatun, a 28 year old Rohingya woman, wife and mother, hadn’t recovered well from the birth of her second child. Her son, Abdur Rahman, came to the world just a little over three months ago. Wife of Abdul Karim, A. Soma Khatun was blessed with their first child, Stamina Akter 3 years ago. They lived as a family in one of the thousands of sheds in Nayapara Refugee Camp in Teknaf, Bangladesh, which is near the Myanmar border, the motherland of the Rohingya. The country can clearly be seen just across Naf river, which separates the 2 countries beyond the border point shared by the two countries. The Rohingya’s citizenship was revoked by the Myanmar government in 1982. Most of the refugees in this camp came to Bangladesh in the early 1990’s and their generation after, have since been born there in the camps.

END_OF_DOCUMENT_TOKEN_TO_BE_REPLACED

Saudi Scholar Claims that ISIS is Backed by Western Intelligence

Saudi Shura council member Dr. Aissa Al-Ghaith has said that the Islamic State in Iraq and Syria (ISIS), recently named Islamic State (IS) is backed by international intelligence agencies, likening the terror organization to a sacrifice sheep which is being fattened in preparation for slaughter.

END_OF_DOCUMENT_TOKEN_TO_BE_REPLACED

Both Hamas and Israel are claiming victory, as Palestinians in Gaza survey the damage after more than fifty days of fighting. Andrew Simmons reports.

Referring to IS by their former name, the Islamic State of Iraq and the Levant (Isis), she tweeted: “ISIS has nothing to do with Islam. It’s part of a plan by Zionists who are deliberately trying to blacken Islam’s name.”

Ms Haifi later removed the original message and said: “I realize the political sensitivity in connection with my work. That was not my intention.”

It is now believed that she has been suspended from her position.

END_OF_DOCUMENT_TOKEN_TO_BE_REPLACED

US senate blocks aid to Israel

US aid to Israel has been blocked by Republican senators, who have concerns that support for America’s “number one ally” would increase the country’s debt. The aid, worth $225 million for Israel’s Iron Dome missile defence system, was included in a proposed “border aid bill” worth a total of $2.7 billion, which was also intended to help fight wildfires in America’s Western states.

END_OF_DOCUMENT_TOKEN_TO_BE_REPLACED 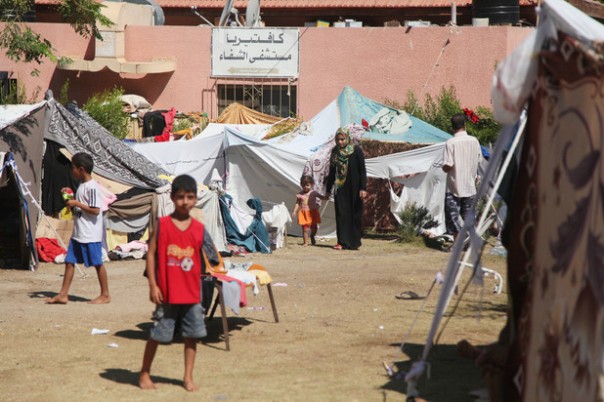 A baby was delivered at al-Aqsa hospital in Gaza last Thursday. That should not be news; babies are born all the time. What was remarkable about this birth is that the child’s mother had been killed by the Israeli military.

The delivery of this child is a testament to the professionalism and dedication of the hospital’s staff. Three days earlier, Israel attacked the hospital with tank shells. At least five Palestinians were reported dead.

END_OF_DOCUMENT_TOKEN_TO_BE_REPLACED

Ethiopian women in Israel ‘given contraceptive without consent’ 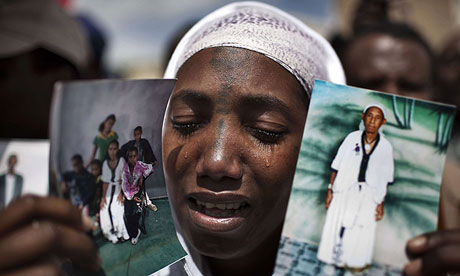 A woman from the Ethiopian community at a protest in Jerusalem calling for relatives to be brought to Israel. A documentary claims immigrants received contraceptive shots in Ethiopian transit camps and Israel. Photograph: Menahem Kahana/AFP/Getty

Israel‘s health ministry is investigating claims that Ethiopian women are being injected with a controversial contraceptive without their knowledge or consent.