How Billionaires Will Survive The Apocalypse (Video)

What’s the one percent to do when the world they probably helped destroy finally crumbles? From luxury bunkers and floating cities to an escape route to Mars, AJ+ takes a look at doomsday prepping for the super rich.

A report says Israeli businessmen are buying properties belonging to the displaced  minorities in the ISIL-held regions in northern Iraq to prepare the ground for accommodation of more than 2,000 people there.

Citing a local source, Fars News Agency reported that estate agencies in Mosul and other cities of the Nineveh province in northern Iraq have began purchasing the houses and lands of Iraqi minorities including Christians and Izadis and Turkmens.

The estate agents offer “attractive prices” in exchange for the properties and later sell them to Israeli businessmen, the unnamed source said.

The source added that more than 2,000 Jews have recently returned to Iraq’s Kurdistan region to resettle in Iraq’s northern areas.

Thousands of Iraqi Christians and other communities have been forced out of their homes in Mosul since June following an ultimatum by ISIL terrorists. Most Christians in the northwestern Nineveh province escaped after the Takfiris overran the region.

The ISIL terrorists control some parts of Syria and Iraq. They are engaged in crimes against humanity in the areas under their control.

A creative exploration of architecture and human relationships with modern cities.Richard Bentley has a love for buildings and believes they are a living part of our cities and cultures. But he wonders how much we really see the great structures surrounding us as we move through our modern spaces.For three years, he has been a time lapse photographer, patiently turning his camera on some special buildings and encouraging us to consider what they reveal of our past, present and future.In Metropolis, Richard uses his photography to explore our relationships with the cities and structures that surround us.
More documentaries…

ISIS (aka ISIL) has taken over major cities in Syria and Iraq, has hundreds of millions of dollars in cash and a growing military arsenal. What do they want? Will the US and Iran team up to fight the The Islamic State in Iraq and the Levant? AJ+ breaks it down.

CRESCENT CHRONICLES | A BRIEF HISTORY OF MOONSIGHTING IN NORTH AMERICA 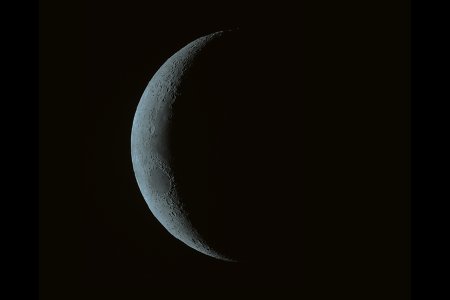 The city of Toronto has many distinctions; the CN Tower, Skydome – the crack smoking escapades of its mayor – just to name few. One distinction, unbeknownst to many, is the city’s unique position in Islamic history. Toronto is one of the few cities, if not the only, which hosts mosques that simultaneously follow all permutations of moonsighting opinions that have ever existed in Islam’s legal history; local sighting, global, Saudi-sighting, astronomical calculations – perhaps there are more. This represents a trend which has become common occurrence across much of the North America; Muslim communities split along lines of lunar dogmatism.

So, how did we get here? In 2006 the Fiqh Council of North America (FCNA) and Islamic Society of North America (ISNA) decided to switch to astronomical calculations, as opposed to moon sighting, as a means of tabulating the Islamic calendar. The unprecedented decision led to a considerable degree of controversy due to its unorthodoxy. However, what is not as well known is the history and the context which lead to this decision. I had the unique opportunity to sit with Shaykh Abdullah Idris Ali, former President of ISNA, who shared with me a brief history of the moonsighting methods employed and what eventually lead to the current climate.

END_OF_DOCUMENT_TOKEN_TO_BE_REPLACED

Documentary: The Price of the World Cup (Video)

Brazil is the home ground of football, the place where football isn’t just a game but a lifestyle. In June, Brazil will be invaded by hundreds of thousands football enthusiasts when the World Cup, the biggest sporting event in the world, will be held in twelve cities throughout the country. The final will be in Rio de Janeiro.
More documentaries…

END_OF_DOCUMENT_TOKEN_TO_BE_REPLACED

Turkish President Abdullah Gul said that Israel must immediately stop its air-strikes on Gaza and not to embark on any ground operation.

In a written statement on Friday, Gul condemned Israeli air-strikes as well as the rising waves of violence in the region.

Gul called on Israel to return to the provisions of the 2012 cease-fire and to restart its negotiations with Palestinians, and to allow humanitarian aid to reach Gaza.

Prime minister Recep Tayyib Erdogan warned Israel, saying unless it halts its operation, relations between the two countries will be jeopardised.

In a speech he delivered before his supported in the central Turkish city of Yuzgat on Thursday, Erdogan said his government has called on the international community and the UN “to immediately act to stop this injustice.”

“Until when will humanity remain silent about what Israel is doing against a wronged people,” Erdogan said. “Here is Israel, disproportionately striking innocent civilians with 300 or 400 bombs. Let’s prevent it from doing that, so as to achieve peace.”

Erdogan pointed out that Turkey is a party to the conflict in Gaza, since one of Turkey’s conditions for the resumption of normal ties with Israel has been lifting the siege on Gaza. “It seems that Israelis do not have the intention to do this,” he said.

He insisted that the restoration of normal ties with Israel is not viable with the continued injustice by Israel.

A number of Turkish cities witnessed protests following the Friday prayer, where protesters chanted against Zionist occupation and expressed solidarity with Palestinians.