Joking has its limits. We cannot insult someone and then claim to be joking when we realise the damage caused.

Joking has its limits. We cannot insult someone and then claim to be joking when we realise the damage caused. 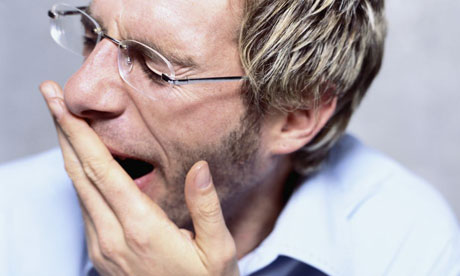 Anxiety causes a lot of unusual reactions in the body, and in some cases it can feel like it changes the way you process air.

It’s not uncommon to find that your anxiety is making you yawn more. Yawning is actually a very common symptom of anxiety, especially if you have anxiety attacks, and it’s not just because anxiety can leave you fatigued.

In this article, we’ll explain why anxiety makes you yawn. You’ll also find out how yawning can actually increase your anxiety.

Yawning may not seem like a traditional anxiety symptom, but if it’s accompanied by other common anxiety symptoms it may be due to an anxiety disorder. Click here to take my free 7 minute evaluation test to see if you have the other symptoms that are related to anxiety yawning.

Yawning is a mystery of science, and one that is otherwise completely normal. Yawning is most often due to a lack of sleep, but in many cases yawning may be the result of the way your body responds to anxiety, particularly during an anxiety attack.

If you haven’t already, make sure you take the 7 minute anxiety test. It’s designed specifically to help people understand their anxiety, and whether yawning is likely related to an anxiety disorder.

Anxiety Yawning – Your Breathing During Anxiety

Anxiety has causes some unusual physical responses, but yawning is easily one of the strangest. Yet the reason for yawning is actually fairly simple. When you have anxiety, especially anxiety attacks, your body has a tendency to hyperventilate.

When you hyperventilate, your body starts to feel like it’s not getting a full breath. As a response, it tries to yawn, because yawning expands the rib cage and sends a signal to your brain that you did indeed get a full breath. In that sense, yawning is trying to tell your body to relax.

How You Hyperventilate With Anxiety

Hyperventilation is most common during anxiety attacks, but it can actually happen to anyone that suffers from anxiety, and it can happen even when no anxiety is present. The most common ways those with anxiety hyperventilate include:

Hyperventilation is, in essence, the act of “over-breathing.” It’s the body letting out too much carbon dioxide while taking it too much oxygen. That can be strange for many people because hyperventilation feels like you haven’t gotten enough oxygen, but in truth it’s the opposite.

Of course, because you feel like you haven’t gotten a deep breath, you likely have a tendency to try to take even deeper breaths. This will just cause you to hyperventilate more, as you continue to take in too much oxygen.

How Yawning Can Actually Hurt Your Anxiety

It’s for this reason that yawning can actually harm your anxiety. Your mind and body have a tendency to try to yawn so that it can feel your ribs expand and help you feel calmer. But this causes two problems:

In a way, yawning is simply a way that you and your body tell yourself that your heart and lungs are still working. It’s a way of curing that “shortness of breath” feeling that occurs when you’re anxious. But despite that “benefit,” yawning may also be furthering your anxiety, and potentially even triggering more anxiety attacks.

How to Yawn Less

Anxiety yawns cannot be easily turned off, because yawning is still an involuntary movement. In fact, even when you try to force a yawn, your body has to go along with it otherwise a yawn is nearly impossible – your chest simply will not expand to take in a yawn unless your body is willing.

So the key to yawning less is not to stop the yawning, but rather to fight the hyperventilation. You can do this by taking slower, calmer breaths. At first, those breaths will not necessarily decrease that feeling of being unable to take a deep breath, but over time your Oxygen and CO2 levels will be back in the right balance, and your mind and body won’t have that desire to take a full yawn again.

The Manners of Yawning in Islam

The Manners of Yawning in Islam

When one feels the need to yawn, he should try to suppress it, for it is from the Shaitaan (the Devil). Abu Hurairah (رضي الله عنه) that the Prophet (صلّى الله عليه وآله وسلّم) said:

“… as for yawning, then it is from the Shaytaan only …“[al-Bukharee 2626]
An-Nawawee said, “Yawning usually occurs when the body is heavy, full, relaxed, and inclined towards laziness. It is ascribed to the Shaitaan because he is the one who invites people to follow lusts. [Another] intended meaning here is a warning against doing that act which results in yawning: eating too much and too frequently.”
As for suppressing a yawn, doing so is recommended, Abu Hurairah (رضي الله عنه) reported that the Messenger of Allah (صلّى الله عليه وآله وسلّم) said,

“Yawning is from the Shaitaan (the Devil), so if one of you yawns, then let him hold it back as much as he can; for indeed, when one of you says, “Haa (in the act of yawning), the Shaitaan laughs.”

“When one of you yawns, then let him hold his hand over his mouth, for indeed, the Shaitaan [otherwise] enters.”

Ahmad related the Hadeeth thus: “When one of you yawns during prayer, then let him place his hands over his mouth, for verily, the Shaitaan enters with a yawn.” [Related by Muslim(2995), Ahmad (10930), Abu Daawood (5026), and Ad-Daarimee (1382)]
One can suppress a yawn by controlling one’s mouth, making an effort not to allow it to open; by putting pressure on one’s lip with one’s teeth; by placing one’s hand or garment over one’s mouth; or by doing something similar to achieve the same effect.

Related Issue:Some people report to seeking refuge from the Shaitaan (the Devil) when they yawn; this practice is wrong from two angles: first, a person who does so has innovated by introducing the saying of an invocation which the Prophet (صلّى الله عليه وآله وسلّم) did not legislate it for that occasion). Second, he forsakes a Sunnah practice that the Prophet (صلّى الله عليه وآله وسلّم) commanded every Muslim to perform upon yawning; that practice is to suppress the yawn as much as one can, with one’s garment or hand, or through the use of any other means.

How Yawning Can Actually Hurt Your Anxiety