TO DEFEND OUR BELOVED PROPHET, LET US EXEMPLIFY HIS TRUE IDEALS SAY IMAMS

Following the shocking murders in Paris, condemned by Muslims all over the world, and subsequent moves to depict the Prophet Muhammad (peace be upon him) once again,Imams from around the world have come together to issue the following advice to those concerned about the depiction.

1.    For Muslims, love of the Prophet (peace be upon him) is a NECESSARY part of our FAITH. He is dearer to us than our parents and children. We prefer him to our own self.

2.    Accordingly we regret and are naturally hurt by the depiction of our Prophet Muhammad (upon whom be peace), a great personality held in high esteem by 1.8 billion Muslims and millions more, in such a manner.

3.    Muslims do believe in freedom of speech. And they do respect the right for people to say what they believe to be correct. However, freedom of speech should not be translated in to a duty to offend. Furthermore, it is common knowledge that absolute freedom of speech does not exist. There are laws to protect the dignity and properties of people. We urge governments, civil society and our media to foster a culture of mutual respect and unity, not one of division and disdain.

4.    Most Muslims will inevitably be hurt, offended and upset by the republication of the cartoons. But our reaction must be a reflection of the teachings of the gentle and merciful character of the Prophet (peace be upon him).  Enduring patience, tolerance, gentleness and mercy as was the character of our beloved Prophet (peace and Blessings be upon him) is the best and immediate way to respond. With dignified nobility we must be restrained, as the Qur’an says “And when the ignorant speak to them, they say words of Peace.”

Our aim is to not, inadvertently, give the cartoons more prominence through our attention. Muslims must remain calm and peaceful in their speech and actions. Repel harm with goodness is the Qur’anic imperative and by which the Prophet Muhammad (peace be upon him) lived. If we feel strongly, the only course of action to us is with reasoned debate, civil activism and other legal avenues, God willing.

END_OF_DOCUMENT_TOKEN_TO_BE_REPLACED

5 parenting tips every Muslim father and mother must know 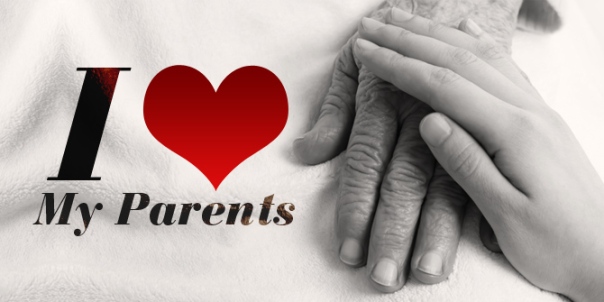 Not all parents are the best at parenting. It is true that some parents know more than other when it comes to parenting, but that does not mean that all parents know everything there is to know about parenting. Parenting is an extremely hard task, which is the reason why most parents face a number of different problems while going through the initial stages of parenthood. Well, parents want to know about parenting pointers or parenting tips in order to improve their parenting methods and in order to make sure that they are travelling on the right path in terms of parenting.

END_OF_DOCUMENT_TOKEN_TO_BE_REPLACED

877-Why-Islam did a unique social experiment by having people listen to Quran on the streets. Watch this video to find out the reaction and their observations. Quran is the holy book revealed by All Merciful God (Allah) to the last Prophet – Mohammad (peace be upon him). For 1400 years, the book has been preserved. Millions have it memorized, and billions follow it!

After 10 days of relative calm, Israeli-Gaza negotiations have broken down and the Israeli military tried to assassinate the commander of Hamas’ military wing, Muhammad Deif.

An Israeli tank advances in a staging area near the Israel-Gaza border on Thursday. Photograph: Tsafrir Abayov/AP

A tense ceasefire has officially come into effect in Gaza after Israel and Hamas agreed to a 72-hour pause in their three-week conflict. The United States and United Nations brokered the temporary truce to allow for humanitarian relief and bring both sides to the table for talks on a longer-term halt to hostilities.

After a night of heavy bombardment, shelling continued in the Gaza Strip and rocket fire from Hamas hit Israel minutes before the ceasefire began at 8am on Friday local time. An Israeli army spokesman said it was looking into reports four Palestinians were killed and 15 wounded by tank fire nearly two hours after the truce began.

Delegations from Israel and Palestine are due to convene in Cairo for negotiations to be mediated by the Egyptian government.

END_OF_DOCUMENT_TOKEN_TO_BE_REPLACED

The problem does not get resolved by getting angry, the solution comes when you learn to calm the mind to see clearly.

The problem does not get resolved by getting angry, the solution comes when you learn to calm the mind to see clearly.

Stop taking things personal, this is the root to most of your problems, if you become calm with life, peace will prevail.

Stop taking things personal, this is the root to most of your problems, if you become calm with life, peace will prevail.

I shall stay calm in moments of stress & anxiety, so as to allow positive thoughts & actions to manifest from me.

I shall stay calm in moments of stress & anxiety, so as to allow positive thoughts & actions to manifest from me.