What happens when you put a boy in front of a girl and ask him to slap her? Here is how children react to the subject of violence against women.

A Muslim girl gets called out by her friends to go to a party and while at the party she gets drugged and from there the men that drugged her raped her and when her father got the news he died on the spot. A Muslim boy goes with a friend who steals a car and then blames the Muslim for the crime so he gets sent to jail, some really scary but true stories and all as a result of being around bad friends. This is a great show you don’t want to miss.

Benefits to be learned from watching the show

1. The difference between good and bad friends
2. Why bad company is the worst company
3. Scary true stories of real situations
4. How bad friends can destroy your Deen
5. How to know when you should change your friends
6. Friends that you have grown close to
7. How to respectfully part ways but leave the door open
All this and more on TheDeenShow this week 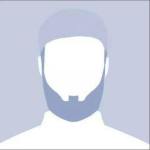 “And it is not [possible] for one to die except by permission of Allah (God) at a decree determined. And whoever desires the reward of this world – We will give him thereof; and whoever desires the reward of the Hereafter – We will give him thereof. And we will reward the grateful.” Quran 3:145May God grant the baby full recovery and great heath and may he grow up to be grateful and thankful working his whole life for the Deen for this amazing blessing from Allah.

A 15-month-old US boy has survived an 11-story fall from a balcony at his parents’ apartment in Minneapolis, Minnesota.

Musa Dayib has been nicknamed “the miracle baby” after escaping death despite slipping through the railing and making a perilous fall.

In addition to fractures to both his arms, his backbone and his ribs, Dayib also suffered a concussion and is breathing through a ventilator. In critical but stable condition, he is expected to survive.

The boy was apparently saved by his soft landing spot, on a mulched area.

“It’s definitely a miracle. It’s God’s gift to his family. Kids don’t fall this far and make it often. Especially without a serious brain injury. You or I would’ve been dead,” ,” Tina Slusher said from the paediatric intensive care unit at Hennepin County Medical Center.