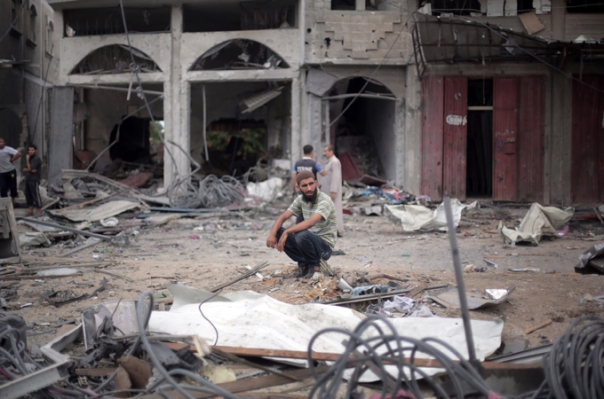 Israel and the Palestinian factions, including Gaza’s Hamas movement, have accepted an Egyptian proposal to cease fire from 0500 GMT on August 5 for at least three days.

Egypt also invited Israel and the Palestinians to attend high-level talks in Cairo aimed at securing a longer-term deal to end a war that has killed over 1,800 Palestinians as well as dozens of Israeli soldiers.

Three similar agreements have collapsed since the violence began. Israel had resumed air strikes on Gaza after a patchy and limited seven-hour humanitarian truce ended on Monday, one attack killing two people and wounding 16, according to officials.

“We hope this will secure a permanent ceasefire and restore stability,” the Egyptian Foreign Ministry said in a statement.

END_OF_DOCUMENT_TOKEN_TO_BE_REPLACED

Government has said today that three agreements between Maldives and the State of Israel have been dissolved and that discussions are ongoing to prohibit the import of Israeli products to Maldives.

Speaking at a press conference today, Minister at the President’s Office Mohamed Hussain Shareef said that Israeli goods consists of a small percentage of imports to the Maldives and that Maldives will reject investors from Israel in the future.

She also noted the international condemnation of recent Israeli aggression in Gaza and the increase in calls for a boycott of Israeli products by a number of other countries.