Scientists have discovered an explosive that was gathered from the WTC debris soon after the towers were destroyed on 9/11. Brigham Young University Physics Professor, Dr. Steven Jones united – a global group of nine analysts for more reasoning. Also, the scientists confirmed that the samples were Nano-thermitic explosives.

There’s over thousands of people that have challenged the government’s conspiracy theory. Twenty-five military officers have stated that the official 9/11 story is, “Ludicrous”, “A well-organized cover-up”, “Impossible”. There are many other people that have conspiracies on the 9/11 story. High-ranking military officers, academics, and architects, as well as hundreds of 9/11 firemen. The whole story seems like a joke. Commissioners of 9/11 say that the government didn’t tell us the whole truth about 9/11, counting its Chairman.

END_OF_DOCUMENT_TOKEN_TO_BE_REPLACED

Documentary: The Truth about 911 (Video)

This is an informative and coherent documentary that exposes the hidden truth about who really is pulling the strings behind the scenes, and their plans to bring about a new world order that every human being needs to wake up to.
More documentaries…

MUSLIM PUTS ‘FREE SPEECH’ TO THE TEST; JOKES ABOUT HOLOCAUST, 9/11 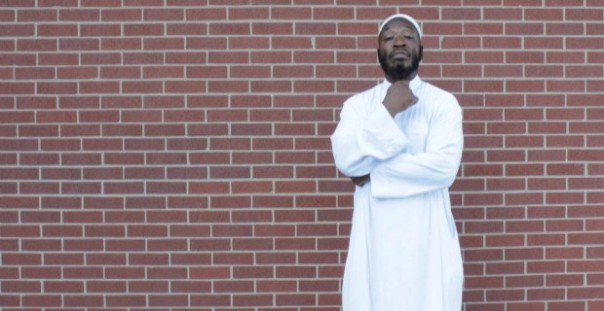 A Muslim in Canada decided to put ‘free speech’ to the test in the aftermath of the Charlie Hebdo shootings by joking about 9/11 and the Holocaust on Twitter. He is now the subject of a police investigation.

Hot dog seller Jerry Reddick took to the social media network yesterday to experiment with how far he could take freedom of expression, writing, “Let’s test just how free freedom of speech is when it’s not Muslims being disrespected.”

What followed was a series of tweets which were undoubtedly offensive but for many wouldn’t be construed as any more odious than material published by Charlie Hebdo.

They say the best cooked Jews can be found in Poland and Germany where the ovens are made from the best clay.#Freedomofspeech?

In 2001 I thought Americans could fly by the way they were jumping from the twin towers in New York.#FreedomofspeechMUHAMMAD

Hitler asked his people, “How do you like your Jews”? Well done with a bagel and a kosher pickle. Freedom of speech goes both ways #Muhammad

If I made a cartoon about Hitler and some Jews going into a oven; would it be accepted like the cartoon of Muhammad as free speech?

Within hours of sending out the tweets, Reddick was reported to Halifax police and is now under investigation by authorities.

END_OF_DOCUMENT_TOKEN_TO_BE_REPLACED

Why I’m fed up with free speech fundamentalists

You and I didn’t like George W Bush. Remember his puerile declaration after 9/11 that “either you are with us, or you are with the terrorists”? Yet now, in the wake of another horrific terrorist attack, you appear to have updated Dubya’s slogan: either you are with free speech… or you are against it. Either vous êtes Charlie Hebdo… or you’re a freedom-hating fanatic.

I’m writing to you to make a simple request: please stop. You think you’re defying the terrorists when, in reality, you’re playing into their bloodstained hands by dividing and demonising. Us and them. The enlightened and liberal west v the backward, barbaric Muslims. The massacre in Paris on 7 January was, you keep telling us, an attack on free speech. The conservative former French president Nicolas Sarkozy agrees, calling it “a war declared on civilisation”. So, too, does the liberal-left pin-up Jon Snow, who crassly tweeted about a “clash of civilisations” and referred to “Europe’s belief in freedom of expression”.

END_OF_DOCUMENT_TOKEN_TO_BE_REPLACED

The abyss of bogus jihad

Syrian refugees flee violence and bloodshed. “So called “Jihad” is far more than a threat to the lives of unsuspecting innocent people, both here in the West and in Muslim countries. It is a threat to our religion”

Those of us who have been speaking out against the menace of so-called “Jihad” must redouble our efforts. “Jihad” is far more than a threat to the lives of unsuspecting innocent people, both here in the West and in Muslim countries. It is a threat to our religion, in terms of how Islam is being represented by the advocates of “Jihad” and how it is being perceived by others. Muslim scholars cannot remain silent and allow this misrepresentation to go unaddressed.

END_OF_DOCUMENT_TOKEN_TO_BE_REPLACED

Mark Dice is a media analyst, author, and political activist who, in an entertaining and educational way, gets people to question our celebrity obsessed culture and the role the mainstream media and elite secret societies play in shaping our lives.

Snowden comes with shocking revelations about 9/11

The website “SateOfTheNation.org” is currently working to dump information about the attacks of 9/11, from whistleblower Edward Snowden and the Russian secret services, in separate documents on the Internet.