← Subhana’llah: Tigers in the snow (IMAGES)
Shaykh Hamza Yusuf: This World Is An Illusion (Video) → 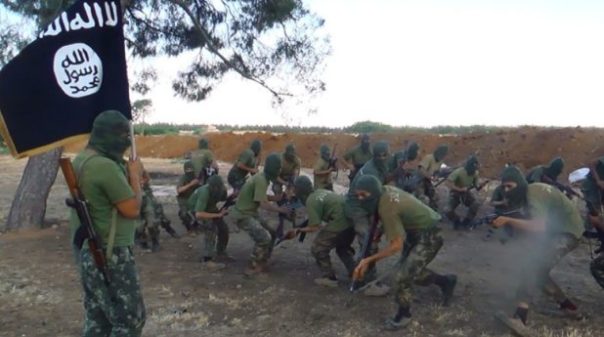 A top aide to Russian President Vladimir Putin on Sunday accused Israel and the United States of training the Islamic State in order to undermine Moscow’s interests in the Middle East.

In an interview with Iranian state television,Alexander Prokhanov said that Mossad agents were training ISIS fighters in Syria and Iraq.

“ISIS is a tool at the hands of the United States. They tell the Europeans that if we (the Americans) do not intervene, ISIS will cause you harm,” he told PRESS TV.

“They launched their first terror attack against us just a few days back in Chechnya,” he said.

Gunmen attacked a police post and stormed a building on Thursday in Grozny, capital of Russia‘s southern province of Chechnya, killing 10 policemen in clashes in which 10 of the attackers were also killed.

The bloodiest fighting in Chechnya for months erupted a few hours before President Vladimir Putin said in a speech in Moscow he would defend Russia against what he called attempts to dismember it.

The attack underlined the fragile security situation in Chechnya more than a decade after Putin sent troops to quell an Islamist separatist uprising there.

However, Putin praised the Kremlin-backed leader of Chechnya, Ramzan Kadyrov, for carrying out a “professional” security operation.

← Subhana’llah: Tigers in the snow (IMAGES)
Shaykh Hamza Yusuf: This World Is An Illusion (Video) →