← Nouman Ali Khan: I Believe It When I See It (Video)
Dates Are a Healthy Food →

Are zoos good or bad for animals?

Humans have an insatiable fascination with wild animals. Every year, millions of people go on safaris, board whale-watching cruises and watch Jeff Corwin get attacked by snakes on Animal Planet; others drive to their localzoo for a full day of animal gazing.

This interest in animals is nothing new: Zoos have been entertaining people with exotic animal collections as far back as 1250 B.C.

Later, in early 13th-century England, Henry III moved his family’s royal menagerie to the Tower of Londonfor public viewing. For a small fee, visitors would be treated to glimpses of animals like lions,camels and lynxes. And if they brought a dog or cat to feed the lions, they got in for free

The first modern zoo — the Imperial Menagerie in Vienna, Austria — was established in 1752 and continues to attract visitors to this day. Nearby, in Germany, is the world’s largest animal collection: Zoo Berlin (formerly The Berlin Zoological Gardens) houses more than 15,000 animals from almost 1,700 species

All U.S. animal exhibitors, like the 265-acre (107-hectare) Bronx Zoo just a subway ride away from Fifth Avenue, must apply for and receive a license from the Department of Agriculture. Millions of people visit the thousands of zoos around the world, proving that we simply never grow tired of observing wildlife.

Depending on your point of view, though, zoos are either sanctuaries of education and entertainment or unnecessary prisons. While some people argue that zoos play an important role in conservation and research, others counter that they do more harm than good.

So which is it? Are zoos good or bad? And how do you differentiate between what’s good for one animal versus what’s good for the entire species? It’s a delicate question and one that can’t easily be answered. Let’s start with the good news. 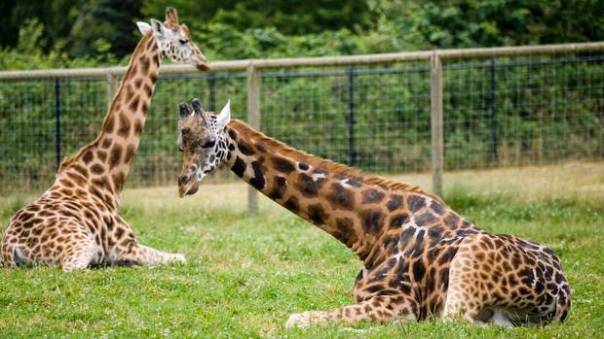 Zoos have improved significantly in the last 4,000 or so years. Gone are the old steel-bar enclosures and cold cement cages. Most zoos these days use natural-looking barriers like moats or ditches to separate animals from people, and have mini-habitats that resemble the animals’ natural environment.

Adding another point for zoo pros, the procedure for acquiring animals has also changed. Whereas zoos previously captured most of their specimens directly from the wild, they now get many animals throughcaptive breeding programs and other zoos. Some breeding programs also help to restore threatened species. After 10 years of working to strengthen the population numbers of the endangered Californiacondor, a type of vulture, the Los Angeles and San Diego zoos were able to rebuild a population of fewer than two dozen birds to around 170 birds

Successful breeding programs brought the Pere David’s deer back from extinction. Though this Asian deer ceased to exist in the wild, Chinese and European zoo programs enabled four of the deer to be released back into the wild in 1985, where they’re now self-sustaining.

Some zoos also take in abandoned animals that wouldn’t otherwise have a home. Both the Baltimore Zoo and the Detroit Zoo have taken in polar bears rescued from a traveling circus, and the Bronx Zoo took in an orphaned snow leopard from Pakistan in 2007. The cub, Leo, now spends his time frolicking and chasing small animals that wander into his enclosure

And although zoo animals aren’t treated quite like guests at a four-star hotel, their care has improved tremendously. Zookeepers now understand that many animals, such as monkeys, bears and elephants, need engaging activities to prevent boredom and mental deterioration. This is why you’ll often see chimpsplaying with toys or tigers “hunting” for a meal.

Aside from taking care of captive animals, many zoos also contribute to the care of their wild counterparts. The Toledo Zoo, in conjunction with the Nature Conservancy, is helping to restore butterfly habitats in Ohio, and the Bronx Zoo has channeled more than $3 million toward conservation projects in central Africa

Zoos also present an opportunity for scientists to conduct research. In 2002, zoos participated in 2,230 research and conservation projects in more than 80 countries. The information they gather helps them to develop new medicines and techniques to improve animal health.

Beyond the positive impact zoos try to have on animals, they often affect the people visiting as well. Zoos don’t just entertain, they also aim to educate. With a variety of programs geared toward children and adults, zoos teach people about the needs of animals and the importance of conservation. And if people get excited enough, the thinking goes that they’ll be more inclined to donate money to conservation efforts — another zoo pro.

The fact that zoos impact people in a positive way is nice, but it’s not the people critics worry about — it’s the animals.

Zoo Cons: Wild Animals Are Meant to Be Wild

For evidence of some zoo cons, you need look no further than Maggie the elephant. Until the Alaska Zoo finally caved in to public pressure in 2007, Maggie was forced to spend days on end in a small indoor enclosure because of the frigid outside temperatures. Perhaps as a form of protest, she refused to use the elephant-sized treadmill the zoo brought in to encourage her to exercise

Even in optimal conditions, some experts contend, it’s incredibly difficult to provide for the needs of animals like elephants. If Maggie and her captive compatriots lived in the wild, they would wander as much as 30 miles (48 kilometers) a day in large groups, grazing on leaves and stopping to splash in the occasional watering hole. As it is, they’re lucky to get a few acres and a roommate or two

Maggie’s story is just one of many. Zebras at the National Zoo in Washington D.C. starved to death because of insufficient or incorrect food, and the same zoo’s red pandas died after ingesting rat poison

And while many zoos, like those in the United States, are supposed to at least meet the minimum requirements spelled out in documents like the Animal Welfare Act, standards aren’t always adequate or enforced

While conditions have improved from the years of bars and cages, detractors take issue with other items. Although the natural-looking habitats are certainly more attractive, people like David Hancocks, a zoo consultant and former zoo director, describe them as mere illusions, arguing that they’re not much of an improvement in terms of space

Indeed, many captive animals exhibit signs of severe distress: People have witnessed elephants bobbing their heads, bears pacing back and forth and wild catsobsessively grooming themselves

Animal behaviorists maintain that their distress is understandable. Animals like zebras, giraffes andgazelles were designed to run across miles of open terrain, not live out their lives in captivity. Despite a zoo’s best efforts, its animals often are deprived of privacy, confined to inadequate spaces and unable to engage in natural hunting and mating activities. Forced to live in artificial constructs, many animals succumb to what some people refer to as zoochosis, the display of obsessive, repetitive behaviors.

In addition, many animals have precise needs that zookeepers are just beginning to understand. Some, like the aardvark, survive on a limited diet that zoos have a hard time fulfilling; others thrive only in certain temperatures and environments that aren’t easy to recreate.

Even zoos’ conservation efforts leave something to be desired. Of 145 reintroduction programs carried out by zoos in the last century, only 16 truly succeeded in restoring populations to the wild

The condors mentioned on the previous page? About two-thirds of them were actually strong enough to survive in the wild

Zoos may not even benefit people as much as once thought. According to one study, many visitors don’t pay much attention to the animals — they’re actually talking to each other about unrelated things and spending only a few minutes at each display

It’s a toss-up whether zoos are good or bad for animals. As you’ve seen, it depends a lot on what zoo you’re talking about. It also depends on whether you’re referring to the well-being of a single animal actually living in a zoo or an animal, thousands of miles away, benefiting from the zoo’s research and conservation efforts. If you had the communicative power of Dr. Doolittle, Leo the snow leopard would likely tell you that zoos are great; however Maggie the elephant might respond by slapping you with her trunk.

← Nouman Ali Khan: I Believe It When I See It (Video)
Dates Are a Healthy Food →