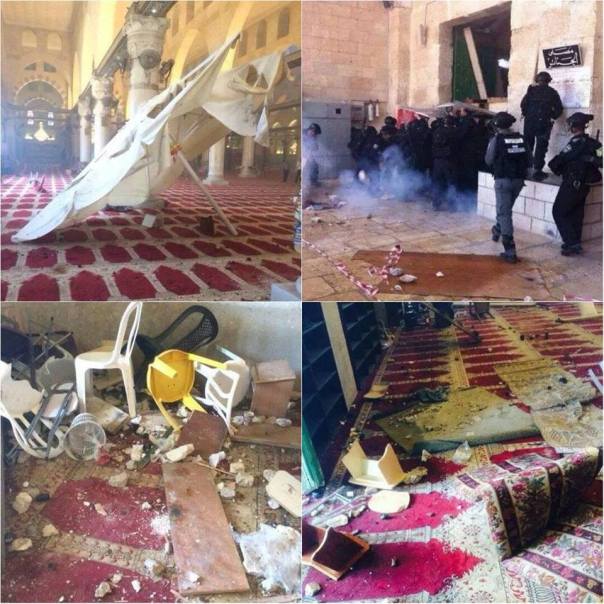 Abu Dhabi: Shaikh Abdullah Bin Zayed Al Nahyan, UAE Foreign Minister, on Wednesday condemned the “barbaric intrusion” by the Israeli regime’s special forces into the Al Aqsa Mosque in occupied Jerusalem, “during which worshippers were assaulted and the sanctity of the holy place was defiled, to make way for Jewish visitors on the occasion of the Jewish holiday of Sukkot”.

Shaikh Abdullah said that the Israeli regime’s plans to designate the Bab Al Qataneen gate as a point of entry into the Al Aqsa compound for Jewish extremists could exacerbate the situation.

Jews believe that the Temple of Solomon is buried below Al Aqsa mosque, and extremist Jews have called for the destruction of the mosque to rebuild the alleged temple.

Shaikh Abdullah deplored “the reprehensible crime of the Israeli occupation forces in firing bullets and bombs inside the Al Aqsa compound”, which led to the injuring of dozens of worshippers.

“The UAE views this as a serious step taken as part of the plan to Judaise the Al Aqsa Mosque — the first of the two Qiblas and the third holiest Muslim shrine, in Arab Jerusalem, with its Muslim and Christian holy places by continuous attempts, that are unacceptable to anybody, to divide it…, as has been done with the Ebrahimi Mosque in Hebron,” he said.

The Ebrahimi mosque in the West Bank city of Hebron has now been divided to make way for radical Jewish colonists to worship in.