Ma‘rifah: Getting to Know God 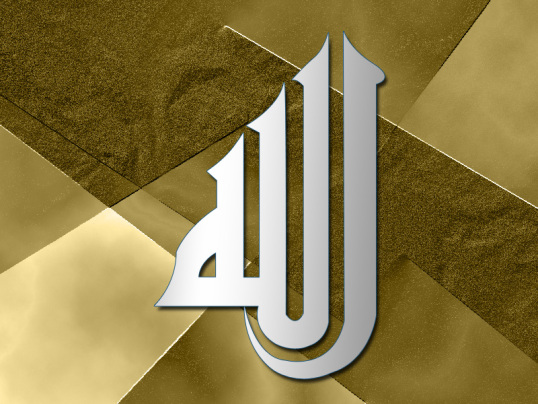 When we compare our lifespans, wherein our lives unfold, to the age of the earth or to the visible universe of nearly fourteen billion years, it seems less significant than a drop of water in an endless ocean. To today’s materialists, life holds little significance beyond that of selfish genes and chance mutations (or of exploitation and unfettered consumption). To believers in Allah and His Oneness (tawhid), however, life is seen as a rich tapestry of signs and an arena of tests that grant us the opportunity of knowing Allah and of worshiping Him. I only created jinn and men, stresses Allah in the Qur’an,that they may worship Me. [51:56]

In his essay about divine love, Istinshaq Nasim al-Uns – “Inhaling the Breeze of Divine Intimacy” – Ibn Rajab al-Hanbali wrote: ‘Allah created creation in order that they may worship Him, with love, fear and hope in Him. Allah, exalted is He, declares: I created jinn and men only that they may worship Me. However, Allah, transcendent is He, can only be worshiped after knowing Him. This is why He created the heavens, the earth and whatever is between them, as pointers to His oneness and majesty. Allah informs:Allah it is who has created seven heavens, and of the earth a similar number. His command descends throughout them, that you may know Allah has power over everything and that He encompasses all things in knowledge. [65:12]‘2

So here we are told that the whole of creation was created li ta‘lamu – “that you may know” Allah, and know that His Command courses throughout creation and that His omnipotence and omniscience envelop all things. This, then, forms the deep wisdom behind why creation was created: to know Allah; know He is One, utterly unique, the sole Lord, Creator and Controller of creation, and that none deserves to be worshiped except Him.

As for the hadith frequently cited in sufi literature: “I was a treasure unknown, then I desired to be known. So I created creation and made Myself known; they then knew Me,” hadith masters declare this report to be a chainless forgery.

In his encyclopaedia of hadith forgeries and fabrications, Mulla ‘Ali al-Qari said about it: ‘Ibn Taymiyyah stated: “These aren’t the words of the Prophet, peace be upon him, and nor does it have any chain; be it sound or weak.” Al-Zarkashi and al-‘Asqalani said the same. Its overall meaning, though, is sound and takes its cue from Allah’s words, exalted is He: I only created jinn and men that they may worship Me. That is, “that they may know Me” – as explained by Ibn ‘Abbas, may Allah be pleased with him.’3

That its meaning is sound is confirmed by the Qur’an and by a whole host of classical scholars. So here is a case where we needn’t throw out the baby with the bathwater.

When speaking about Islam’s religious ultimate: Allah, the language of Islam and of its learned ones often make reference to the term, ma‘rifatu’Llah – having ma‘rifah of God. Ma‘rifah (which is derived from the word ‘arafa: “to know”, “to be acquainted”) may be translated as: knowledge of God. It is of varying degrees and tends to refer to knowledge which has been arrived at through reflection and contemplation, and then internalised and experienced by the heart and the senses. In other words, ma‘rifah is experiential knowledge (sometimes translated as “gnosis”). The deeper the reflection, the profounder the ma‘rifah.

Whilst elaborating on the following hadith: “Know Allah in times of prosperity and He will know you in times of adversity,”4 Ibn Rajab said:

A person’s ma‘rifah of his Lord is of two degrees: Firstly, a general ma‘rifah that entails acknowledging, affirming and believing in Him. This degree of ma‘rifah is common to every Muslim. Secondly, a more specific type of ma‘rifah which causes hearts to incline completely to Allah, be devoted to Him, seek intimacy in Him, be at peace whenever remembering Him, feel shy before Him and be in awe of Him. This level of ma‘rifah is the type around which the knowers of Allah (‘arifun) revolve. One of them said: “The paupers of this world have departed from it without having tasted the sweetest thing in it.” Someone inquired: What is the sweetest thing in it? He said: “Ma‘rifah of Allah; mighty and majestic is He.” Ahmad b. ‘Asim al-Antaqi said: “I wish not to die until I attain to ma’rifah of my Lord. I don’t mean a ma‘rifah in terms of merely believing in Him. But a ma‘rifah such that, when I know Him, I feel shy before Him.”’5

Now these levels of ma‘rifah may be likened to that of a man and his neighbour who’s just recently moved in next door.6 Initially the man becomes acquainted with his new neighbour in a general sense. He may learn of his name; his vocation; whether he is married or not. He will also learn of his general appearance and be able to recognise him when meeting him on the street. He may even, by asking around, be able to glean other facts about his new neighbour. Yet whatever facts he does learn about him will be at an indirect, impersonal level, unlikely to stir the heart into having any deep or abiding sense of respect and admiration for him. In fact, beyond acknowledging the neighbour’s existence or presence in the locality, his outlook towards him will likely be one of polite indifference. This is akin to the first degree of ma‘rifah spoken of by Ibn Rajab.

Let us now imagine the man decides to know his neighbour directly and introduce himself to him; frequently visit him; socialise with him; and, over time, form a sincere and faithful friendship with him. He is now able to see and experience, at first hand, his neighbour’s fine character, kindness, generosity, knowledge, wisdom, compassion and other virtues which can only be known through direct contact. Such an intimate awareness of his neighbour will eventually evoke in the man a profound respect and admiration for him, and a deep, abiding love for him. It is probable; guaranteed, even, that his neighbour will now begin to disclose to him many of his most private and cherished thoughts, and share with him many of his most intimate feelings, which could never have been known even with a lifetime’s worth of indirect observation or investigation. Rather, this knowledge is only granted to him out of the neighbour’s own desire to be more intimately known, and from the man abiding by the rules of courteous conduct (adab) in seeking to know and draw closer to his neighbour. This reflects the higher degree of ma‘rifah.

As for how ma‘rifah of Allah can be inspired and instilled in our hearts, Ibn al-Qayyim (Ibn Rajab’s most cherished teacher) tells us: ‘In the Qur’an, Allah invites His servants to attain ma‘rifah in two ways: The one, by contemplating the creation. The other, by meditating upon the Qur’an and contemplating its meanings. The first are His signs that are seen and witnessed; the second, His signs that are read and understood.’7

Contemplating the Creator’s handiwork within creation enables us, at least to some extent, to admire His wisdom, splendour and sublime power. This, in turn, inspires reverence and love of Allah in human hearts. For the natural world is like a mirror, itself beautiful while reflecting an even greater beauty of Allah. If the starry heavens elicit in us a sense of awe; if a newly sprung red rose evokes in us a sense of beauty; if the solemn stillness of an autumn woodland kindles in us a sense of sublimity, then how much more awesome, beautiful and sublime must the Creator of such things be? Appreciating the splendour of the creation and being enchanted by it is, therefore, a means of knowing and glimpsing the still greater splendour of its Maker.

As for the Qur’an, in demonstrating Allah’s tawhid, it depicts a vivid portrayal of Allah. This is so we may attain a more immediate awareness of Him, through pondering over His acts and attributes of perfection, by which He makes Himself known. When the Qur’an depicts such attributes – like when it says that Allah is wise, just, majestic, omnipotent, generous, compassionate, loving and forgiving – it insists Allah possesses such qualities in utter perfection. This ‘divine disclosure’ is, again, aimed at inspiring hearts to incline to Allah in reverence, awe and loving submission.

Therefore, amidst the dramas of the world, and amidst its songs of joy and sorrow, the Qur’an asks each of us to know their Maker and to live out our lives in conscious awareness of Him. Those who worship Allah with such awareness, and in accordance with Islam’s Sacred Law or shari‘ah, are led by it to an even deeper awareness. So it is that Allah, in His overwhelming generosity and perfect grace, elevates those who are imperfect, weak and ignorant, yet strive to subdue their lower souls, open their hearts to His light and seek to know and draw closer to Him.

We ask you, O Allah, to deepen our ma‘rifah of You, fill our hearts
with love and awe of You, grant us sincerity in our
worship of You, and not to be deprived
of Your shade; on the Day there
shall be no shade
but Yours.
Amin.

6. The simile is culled from Sayyid Muhammad Naquib Al-Attas, Islam and Secularism(Lahore: Suhail Academy, 1998), 80-81. My thanks goes to Shaykh al-Afifi, of Oxford, for pointing this valuable book out to me.