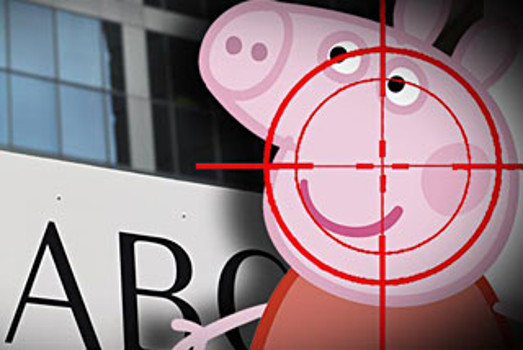 That a lie can travel half way around the world while the truth is putting on its shoes was evident last week when a parody video about a Muslim man objecting to the Peppa Pig cartoon was taken at face value.

In the below video a man named Zayn Sheikh derides the cartoon as “haram” (unclean), as Muslims are banned from eating pork.

If it wasn’t already clear, the video was a parody, uploaded by an account now called British Muslim Comedy and it even came with the disclaimer:

“DISCLAIMER [sic]: This video is obviously a parody. I have NOT made the page ‘Muslims Against Peppa Pig’ or any other Facebook pages of the sort. For those of you who have got offended; don’t reproduce. This country’s possible future downfall is 1 million times more likely be down to the rapid multiplication of the mentally deficient like you who have failed to spot the satire rather than immigrants who have been unlucky in the accident of birth and have since then decided to move here for better prospects (just like you would in their shoes).”

However, a Facebook page and a change.org petition were – admittedly somewhat confusingly – set up, apparently independently of the video’s creator.

The result was a series of articles about the ‘campaign’, with even the Muslim Council of Britain being dragged into the story.

“Anecdotally, we know of many Muslim children who watch the show for its entertainment value,” a spokesperson was quoted as saying.

“Those who do have issues with this can simply refrain from watching the show and purchasing Peppa Pig memorabilia.”

The ‘Muslims against Peppa Pig’ Facebook page has since been removed, but the change.org petition is still up and related Facebook pages still exist.

In a second video, the comedian behind the original video said he was concerned that so many websites had fallen for what was meant to be a joke.