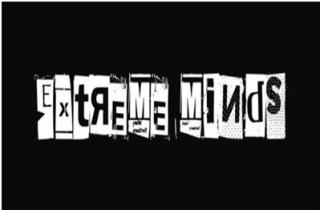 Extremism — what a shackling word we are used to hearing over and over these days!

Mass clashes, assassinations, protests, and violent attacks are manifestations of an extremist way of thinking or believing.

To many, extremism is linked to religion. To be religious often labels a person as an extremist — or, as average people call it, a “terrorist.”

Fact is that religion, by itself, is not the womb of the extremist mindset; many other elements have a big share in the making of extremism.

Recent incidents are a cutting-edge proof that extremism is not only religious; rather, it streams out of political repression, strict individual beliefs, or harsh economic situations.

So, what makes the extremist? What shapes of extremism do we witness these days? What does religion say about extremism? These are so basic questions that lie on the way when analyzing extremism.

To start from the very beginning, defining extremism is shown as an impossible mission, since there is no common definition. Experts, psychologists, activists, and religious men tried their best to frame extremism in one signal characterization, but reality proves that extremism has hundreds of shapes.

“Typically, the same extremist act will be viewed by some as just and moral (such as pro-social “freedom fighting”) and by others as unjust and immoral (antisocial “terrorism”), depending on the observer’s values, politics, moral scope, and the nature of their relationship with the actor.”This is one of explanations given by Dr. Peter T. Coleman, International Center for Cooperation and Conflict Resolution (ICCCR) and Dr. Andrea Bartoli, George Mason University, in their research paper entitled “Addressing Extremism.”

Like this short definition, there are hundreds, or even thousands, of thoughts and provoking questions trying to lay hands on the foundation through which we can analyze extremism.

But by the passing of time and speed outbreak of extremist actions, the urge to define extremism from a theoretical point of view looks of less importance than tracing the destructive consequences and studying the roots causing extremist actions.

Some of the views explored to spot the causes of extremism evolve around the social, economic, and cultural changes and their greater impact on the fashioning of the “extremist” mindset.Major Elements

Living in a very changing world with so many challenges, e.g., economic recession, unemployment, domestic violence, and communal frustration, has an upper hand in shifting one’s course of seeing his or her persona, set of beliefs and values, and view of the other.

Besides socioeconomic swings, religion comes to rank second among the active factors.

The quality of education also comes to have a say in the making of extremists. The way young generations are educated plays a role in leading them to be tolerant or aggressive toward the other.

Young minds are so willing to absorb the types of information they hear and transfer them into actions when they become adults. Based on that, being raised to hate a certain race, religion, or nationality will construct a coming generation of extremists and fanatics.

School curricula can have the same impact on young minds as parenting at home.

On the other side, lack of democracy, enslavement, injustice, and discrimination are other arms of extremism that hungrily eat out the bondages between peoples.

Political corrections and totalitarianism strip all civil rights, opening the road to communal violence. For example, leaders who hang on to their positions of authority for years, refusing to accept electoral victory of opponents or to concede defeat in elections, all this accumulates in the minds of masses making them feel marginalized and their rights violated.  This, in turn, may incite people to go extreme when objecting to injustices or trying to regain their free will. And the list goes on…

As a sensitive core of forming personality, religion can be a cause leading to extremist mindset if and when it is misunderstood. Some people of less knowledge and strict upbringing usually have a narrowed look to their religion, a matter that consequently leads them to go extreme in observing their religious rituals. As a result, they turn to apply religion blindly, literally, or go far strict in their lifestyle, believing that this is the way to more obedience and piety.Religions?

Forced marriages, honor killings, domestic violence, and unreasonable restrictions can be mere reflections of extremism based on misunderstanding and misinterpretation of religious discourse.

This is not only a Muslim dilemma; extremism has a foothold in all religions and beliefs. Factors like extremist religious media outlets, stern speeches by religious orators, and biased religious resources are feeding extremist mentalities.

Here, the idea of Islamic Shari`ah pops up. Some wrongly believe that Shari`ah is one of the basic elements leading to extremism. This conclusion comes from some Muslims’ behaviors at their homes, with their kids and wives, or with others living with them in the same communities. This so generalized picture shapes a misconception that links applying Shari`ah to extremist actions.

The truth is that misunderstanding and misinterpretation are what stigmatizes Shari`ah in this way. Although Islam is a so clear religion whose rituals and roots are easily understandable, some people either put its rules out of context or literally apply what they understand of it. It is actually based on wrong or inadequate individual thinking, but unrightfully, Shari`ah takes all the blame!

A third item that adds to extremism is cultural identity. Sometimes, closing oneself to so conservative and extreme traditions and customs is seen as a way to preserve roots and heritage — especially with those who live in small minorities.“It is My Culture!”

Feeling few in number or invaded by a foreign culture can lead some people to be so extreme in their cultural perspective and their way of dealing with others — as if they are countering to preserve their original traditions. This ends in deepening the “us vs. them” theory, setting boundaries between cultures, and creating division among communities.

Is the mindset of the extremist dangerous? Of course yes.

Does any religion call for extremism? Precisely no.

Is extremism by any means tolerated? This is one thing we want to receive feedback about.