← Raising awareness is useless? (Video)
Gift of the Givers from South Africa were finally allowed in this weekend into ‪#‎Gaza‬ →

ISIS is a betrayal of Islam 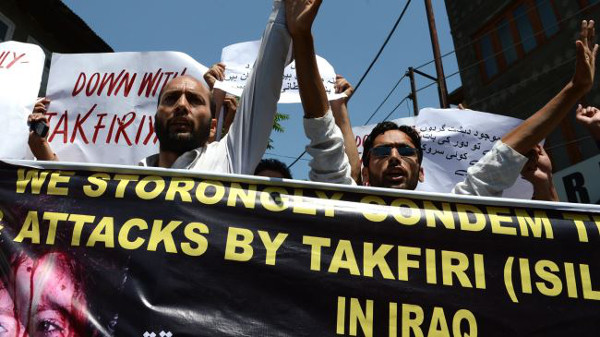 The Muslim world’s moral censure alone won’t shake the barbarous grip that Al Qaeda-affiliated extremists have over wide swaths of Syria and Iraq. Their self-declared “Islamic State caliphate” has some 10,000 motivated fighters, guns, foreign backers and money to burn. Like Al Qaeda, they will not be easy to uproot and destroy.

But at least their vile claim to be acting in the name of Islam is being shattered, as key Muslim spiritual figures rise up to denounce and discredit them. Abu Bakr al-Baghdadi and his brutal jihadists are being condemned far and wide as enemies of true religion.

In Egypt Grand Mufti Shawqi Allam, the nation’s most influential cleric, has characterized them as Islam’s worst nightmare. They are “an extremist and bloody group” that “poses a danger to Islam and Muslims” by tarnishing Islam’s image and spreading corruption, he says. At Cairo’s Al Azhar University, the renowned Dar Al-Ifta legal institute has just launched a social media campaign to discredit the very notion of the “Islamic State,” and the jihadists’ methods and claims. It’s more properly “Al Qaeda separatists in Iraq and Syria,” the legal scholars point out. 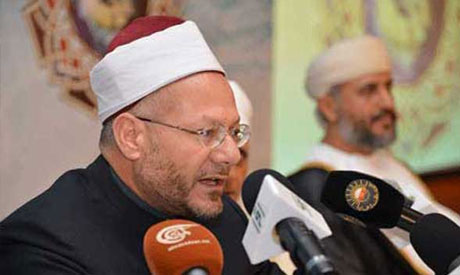 And in Saudi Arabia, Grand Mufti Sheikh Abdulaziz al-Shaikh has called the jihadists “Islam’s #1 enemy,” noting that “Muslims are their first victims.” Their “extremism, radicalism and terrorism … have nothing to do with Islam,” he says.

To be sure, this is in line with official Egyptian and Saudi policies, which abhor pan-Islamic fundamentalism and jihadist presumption. The muftis also worry about providing the United States, Britain and others with another 9/11-type cause to interfere in the Mideast on grounds of fighting terrorism. And they fear jihadists will one day return to destabilize their own countries.

Yet that doesn’t diminish their moral authority.

These rebukes will resonate with the world’s 1.2 billion Muslims. Al Qaeda and its affiliates inhabit a perversely dark universe that has more to do with violent ambition than genuine religion. They distort religion to recruit young people for crimes that include the torture and murder of thousands of Muslims, Christians, Yazidis and others, crucifixions, beheadings and rape.

To its credit the Canadian Council of Imams has also called on the faithful here to “denounce this deliberate perversion of the Muslim faith and to dissociate themselves totally from such a despicable ideology.” The so-called Islamic caliphate is “an abomination” of “monstrous crimes against humanity,” they say.

Apart from denying the jihadists’ narrative these denunciations will bring some heat to bear on their financial backers. Fundamentalist Sunni organizations and wealthy individuals in Saudi Arabia, Kuwait and Qatar helped to create this monster by bankrolling like-minded Sunnis to fight the Syrian government. The push is now on to dry up that funding.

Tangled as the “caliphate’s” back story is, its ambition and crimes make it a threat to moderate Islam, Mideast stability and global security. Like Al Qaeda it is a cancer parading as religion. It is good to hear voices being raised against it, here and abroad.

← Raising awareness is useless? (Video)
Gift of the Givers from South Africa were finally allowed in this weekend into ‪#‎Gaza‬ →