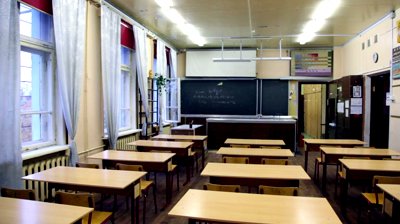 When I saw you walking through the market in all that red, talking to girls and acting like you were something, I noticed good in you and I prayed that Allah would guide you.” Sh. Abd al-Rahmān al-Basīr

When I was 17, I used to visit a local flea market in Oklahoma City to sell mix tapes. In those days, it was the number one way to get a tape hot in the streets and make some cash. One day, I was walking with my friends, acting a fool and I noticed a man with a long thobe and a turban. He was in a store that sold incense, but what grabbed me was the cool writing and the cheap perfume. “Yo! Give me that Cool Water for 5!”

Anyways, I struck up a conversation with him and I asked him what is “all this stuff” and “where are you from?” He responded, “I am a Muslim and I’m from Marcy Ave. Brooklyn.” I was shocked because I thought he was from “over there.” “Don’t you hate white people and believe that God is flying around in the “Mother Ship” I asked. “No! We do not hate anything created by God. And no, God is not in a spaceship. Islam means peace, young brother and the chaos you see around you is because people do not worship one God. They do not know him. Take this pamphlet and think for yourself” the Sheikh said in a calm tone.

After that, a lot when down. But the icing on the cake was two “drive by” shootings. In one I was the subject, the next (as is the norm), I was the object. During that time, I decided the best thing for me to do was get out of the streets and get into some reading. And it was then, at that moment, that God inspired me to search for a copy of the Qur’ān.

I went to the library and searched the database for it, but no luck. I decided I would go and look for it myself and, mashallah, there it was. The old Yusuf Ali! The original! Yes! The massive one! I took it and began to read the Qur’an over the next three years. Al-Humdulillah, after three years Sheikh gave me my shahada and my life changed forever.

A few years later, I was sitting with the Sheikh and he said something to me that touched me.

“I used to watch you in the market place. Your were wild, man. You were something. But I saw good in you. You were polite and you asked questions. So, whenever I saw you, I would plead with Allah to guide you. I prayed for you before you even talked to me.”

Often times we get so caught up in pointing fingers at others, debasing them; we forget that our community is commissioned with facilitating paths to The Path of God. We are ordered to be routers of guidance, to hearts seeking connection. We must not forget the power of prayer; the power of Allah to change hearts. We sit in the shade of our beloved Prophet’s supplication, “Allah! Please guide one of two Umars.” But often times, we lock the connection with our bad behavior, insecurities or hatred for others. Often times, we try to fire wall our lives, but may contribute to others falling into the fire.

Allah says,
“Do not allow your hatred for people to swerve you from justice. Be just! It is closer to piety.” Qur’an 5:2

As I reflect on my 20 years as a Muslim, I pray for the Sheikh and I thank Allah for guiding me. Remember to pray for folks around you and be an instrument that touches the hearts of others. If you spend more time cursing people instead of praying for their guidance, reverse course!

“Praise is due to Allah who guided us to this. If he had not guided us, we would have never been upright.”