← The Life of This World is Nothing But Play And Amusement
Qur’an Lesson: The greater the objective the faster you should move →

The Real Winner of America’s War on ISIS: Bashar al-Assad 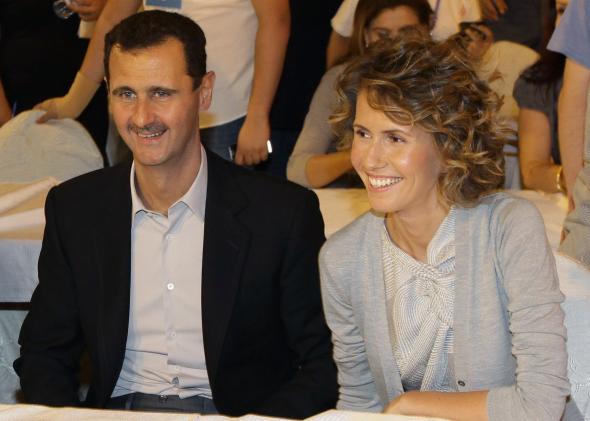 Gen. Martin Dempsey, the chairman of the Joint Chiefs of Staff, made the fairly obvious point yesterday that it will be impossible to deal a definitive blow to ISIS by attacking it on only one side of the increasingly irrelevant Syrian-Iraqi border. Here’s the New York Times:

“This is an organization that has an apocalyptic end-of-days strategic vision that will eventually have to be defeated,” said the chairman … in his most expansive public remarks on the crisis since American airstrikes began in Iraq. “Can they be defeated without addressing that part of the organization that resides in Syria? The answer is no.”…

“It requires a variety of instruments, only one small part of which is airstrikes,” he said. “I’m not predicting those will occur in Syria, at least not by the United States of America. But it requires the application of all of the tools of national power—diplomatic, economic, information, military.”

Despite Dempsey’s remarks, it’s not really clear that “defeating” ISIS is actually President Obama’s goal in this conflict. But that could change. Assuming that the U.S. does reluctantly take on the project of defeating ISIS, or at least substantially degrading it, that decision will inevitably deepen America’s even-more-reluctant involvement in the conflict in Syria.

In that case, there’s a pretty big elephant in the room. Up until now, the ostensible goal of the U.S. strategy in Syria—to the extent that the U.S. has had a definable strategy at all—has been to give “moderate” rebel groups a fighting chance against Bashar al-Assad’s forces. If the focus has now shifted to defeating ISIS, where does that leave Assad?

There’s been speculation for some time that the Syrian leader would seek to use the crisis in Iraq to his advantage. It’s pretty apparent that Syrian forces tolerated the rise of the group in a bid to divide the rebels and scare off wary Western supporters, and only began attacking it after the Iraq crisis began this summer. It was a high-stakes gamble given that ISIS now reportedly controls about a third of Syrian territory, but one that could finally be paying off for the internationally isolated Syrian leader.

More prominent voices—today it’s the former head of the British army—are now advocating the previously unthinkable position that Western governments should open dialogue with Assad. I don’t see that happening, but as Reuters reports, the regime now seems to be expecting a quieter opening:

Assad is not expecting the West to perform a policy U-turn soon, the sources said. But having secured territory seen as vital for his survival, time is on Assad’s side as he takes the long view in the struggle for Syria.

“The regime recognizes that the Western opening will be in secret, and via security channels and not diplomacy. The political-diplomatic opening needs longer,” said Salem Zahran, a Lebanese journalist with close ties to the Syrian government. “But the regime believes that the whole world will come to coordinate with it under the slogan ‘fighting terrorism.’ ”

The recently completed destruction of Syria’s chemical weapons stockpile (let’s not talk about the chlorine) could also make such an opening easier.

Even if the U.S. doesn’t coordinate with Assad’s government—the White House position as expressed by Deputy National Security Adviser Ben Rhodes is still that he’s “part of the problem”—the shift in priority to ISIS does make it more likely that the American government is going to accept Assad remaining in power. Or at least it makes it less likely that the U.S. will take any major steps to remove him.

Assad played the long game with a pretty weak hand and now appears to be winning. Meanwhile, the death toll in his countryjust passed 191,000.

As the official death toll in #Syria nears 200,000, Assad is winning a sick game that is clearly manufactured.

May Allah protect the innocent people of Syria and destroy the oppressors. ameen

← The Life of This World is Nothing But Play And Amusement
Qur’an Lesson: The greater the objective the faster you should move →