ALLAH IS TESTING US TOO 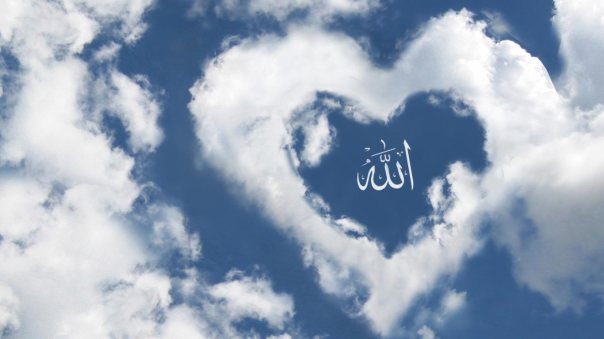 We read the stories of suffering, we see the images of death and destruction and our hearts just break, as they should.

However, we have to remember that Allah (‘Azza wa Jall) is in absolute full control of everything that is taking place.

He sees what the tyrants are doing and His punishment is swift and severe.

But the knowledge of the plan is His alone. Its execution will be according to His timetable, not ours.

Remember, Allah isn’t just testing the people of Gaza (and Syria, Burma, China, CAR and other lands), He is testing each and every one of us too.

What will our reaction be, both in terms of action and faith?

Will we stand idly by and do nothing, or will we do whatever we can – however insignificant those actions may seem to us?

Will we be among those that say “how could Allah allow this to happen?” or among those who hold firm to “Allah alone is Sufficient for us, and (He is) the Best Disposer of (our) affairs [hasbunallahu wa ni’mal wakeel]”?

It’s imperative that we never lose perspective. To regain perspective there’s only one source of guidance to which we can all turn: the Qur’an.

If only we’d all spend more time with the Qur’an, both inside and outside of prayer, we would find our hearts lifted, our emaan strengthened and our souls reinvigorated.

When the seed of doubt that seeks to devour our hearts asks “why is Allah allowing this to happen?” and “why hasn’t Allah sent His punishment yet?”, Allah would reply with:

“Or do you think that you would enter the garden while yet the state of those who have passed away before you has not come upon you; distress and affliction befell them and they were shaken violently, so that the Apostle and those who believed with him said: ‘When will the help of Allah come’? Now surely the help of Allah is nigh!”

“And do not think that Allah is unaware of what the evildoers are doing: He but grants them respite until the Day when their eyes will stare in horror,

the while they will be running confusedly to and fro, with their heads upraised, unable to look away from what they shall behold, and their hearts an abysmal void.”

“Thy Lord is the Forgiver, Full of Mercy. If He took them to task (now) for what they earn, He would hasten on the doom for them; but theirs is an appointed term from which they will find no escape.

And (all) those townships! We destroyed them when they did wrong, and We appointed a fixed time for their destruction.”

When we weep for those that have been murdered by the despots and our broken hearts feel as though they can never mended, He would console us:

“And reckon not those who are killed in Allah’s way as dead; nay, they are alive (and) are provided sustenance from their Lord;

Rejoicing in what Allah has given them out of His grace and they rejoice for the sake of those who, (being left) behind them, have not yet joined them, that they shall have no fear, nor shall they grieve.

They rejoice on account of favor from Allah and (His) grace, and that Allah will not waste the reward of the believers.

(As for) those who responded (at Uhud) to the call of Allah and the Apostle after the wound had befallen them, those among them who do good (to others) and guard (against evil) shall have a great reward.

Those to whom the people said: Surely men have gathered against you, therefore fear them, but this increased their faith, and they said: Allah is sufficient for us and most excellent is the Protector.

So they returned with favor from Allah and (His) grace, no evil touched them and they followed the pleasure of Allah; and Allah is the Lord of mighty grace.

It is only the Shaitan that causes you to fear from his friends, but do not fear them, and fear Me if you are believers.”

Were we to reconnect with the Qur’an in a manner befitting its glory, Allah would remind us that:

“Musa said to his people: “Seek help in Allah and be patient. Verily, the earth is Allah’s. He gives it as a heritage to whom He will of His slaves, and the (blessed) end is for the Muttaqun (pious).””

And He, ‘Azza wa Jall, would instruct us as he instructed His Messenger (peace and blessings be upon him):

“So patiently persevere: for verily the promise of Allah is true.””