The Islamic Heritage of Brazil 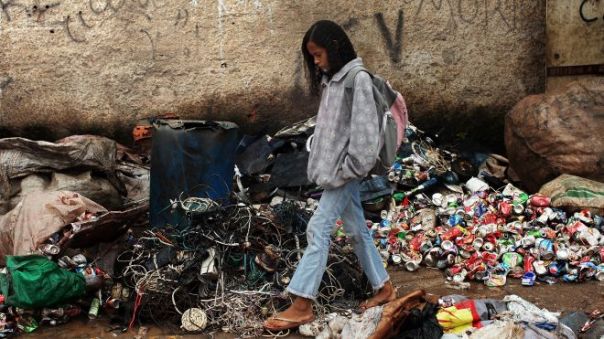 Over $12 billion was spent on the preparation and construction of the World Cup despite the fact that 1 in 12 people in Brazil live on less than a dollar a day – these are people mired in poverty. To make matters worse, the construction that went into the World Cup resulted in the displacement and systemic eviction of many low-income Brazilians. These great injustices, where so much wealth is being poured into the financing of a mere frivolous sporting event without any regard for the economic plight of the poor, says much about the corrupt state of the world and the misplaced priorities of the elite. The Qu’ran informs us that wealth should not merely circulate among the wealth of society. M. Bugaje notes that:

Of all beliefs, ideologies and civilizations, Islam stands out distinct and unique in its resilience. No matter the damage it suffers, no matter the opposition and obstacles, no matter the length of time, it always reasserts itself. Islam has consistently and persistently stood on the side of the weak and the oppressed, checked the excesses of the corrupt and the strong and insisted on the establishment of justice, equity and fairness in human society. It has thus offered the weak and the oppressed the only real and lasting hope and the corrupt and the unjust the only real and unflinching check.

against the abhorrent shackles of plantation slavery, and in the midst  of modern forms of slavery it is time for Islam to reassert itself against social injustices.   Before discussing the Islamic Heritage of Brazil, it is necessary to discuss the history of Islam in Africa.   Uthman Dan Fodio was a prominent scholar and political leader who had firmly established Islam in Hausaland, and his  army consisted of disciplined Islamic scholars, many of whom had committed the Qur’an to heart. However, in battles that were lost, captured soldiers would be sold off to Europeans through the transatlantic slave trade by the existing corrupt elite.

These followers of Uthman Dan Fodio would eventually end up in the Western Hemisphere (in Brazil, more precisely) and they would bring with them their religion: Islam. The Portuguese described the Muslims as “exceedingly spirited and resolute individuals” as well as “the most intellectual.” The Europeans would eventually learned that they tried to make the wrong people slaves.  Two years before the death of Uthman Dan Fodio, his Hausa followers in the Western Hemisphere began their rebellion.

200 Hausa Muslims began their revolt after the 4A.M. Fajr prayer, carrying out an attack of the plantation owner Manuel Ignacio Da cunha Menezes, killing him as well as his family, and having the slaves of their plantation join in the revolt. Subsequently, they marched forward to Itapoa, burning the crops of plantation owners and killing whites on their path. The governor of Brazil, Condos dos Arcos, sent in an army that would put a stop to the rebellion. The participants were either hanged, taken as prisoners, or deported. Arcos, the then governor of Brazil made the following statement:

“…those Negroes of Bahia, who are most resolute, fearless, and capable of any enterprise, particularly those of the Hausa nation; our proof is that furnished by Your Excellency, who cited their attacks undertaken with such fury … some refusing to surrender until dead.”

Following this failed revolt, Islam was heavily suppressed and had to be practiced in secret. Furthermore, efforts were taken to convert slaves to Catholicism. During this period, it may have seemed that the Muslims had given up, but such a perception was inaccurate. In reality, the Muslims secretly began organizing and patiently waiting for the right opportunity. Their mosque became a place to store weapons, and they began giving dawah to convert  animist Africans to Islam in order to build support.

The time for rebellion came once again. The Islamic Scholar Malal Bubkar issued out a ruling  that called for Muslims to revolt on  Laylat al-Qadr during Ramadan, the day in which the Qur’an was revealed to the Prophet Muhammad. The Institute of African-Islamic Studies notes that:

“These Muslims had a complete awareness of who they were and what their place was in the scheme of things. They knew of the superior quality at least in their own eyes of Islamic civilization to other forms of civilizations. They were aware and utilized the historical precedents of Muhammad and his early community alongside the historical precedents of the jihads and emerging governments of Western and Central Sudan. This only meant that the historical conscience of these African rebels was intact.”

they seized control of the military bases to acquire weapons. However, some informants  tipped off the whites that a potential revolt was to take place, and the police entered the secret Mosque and began questioning the African Muslims. The Police officer was killed and, fearing more intrusion, the revolutionaries had to begin revolting earlier than initially planned. Muslims began marching outside, some wearing white turbans and other red kufis, carrying pistols and swords. They first went to the prison in an attempt to free an Islamic Scholar Bilal Lucutan and other companions who had  been imprisoned during earlier revolts.

Upon reaching the prison, the revolutionaries  killed two guards but were unable to find an entrance point to free their companions. Subsequently, the revolutionaries began heading to a Mosque on Victoria Street to meet up with the forces of Malam buakar, the  Muslim scholar who had issued a legal verdict mandating the rebellion.

Upon seeing soldiers outside a public theater, the revolutionaries attacked them, injuring five soldiers while three fled. The revolutionaries then sought to take control of a police station to acquire more weapons, but failed to do so due to the armed police presence.  Though they succeeded in injuring  Toti Joaquim Da Silva and three other police officers.

Upon the revolutionaries receiving reinforcement, they headed  back to the prison seeking to free their leader, Bilal Lucutan. However, there were 20 soldiers protecting the jail who opened fire on the rebels, eventually causing them to retreat. On top of that, soldiers led by Fransico Gonclaves Martins came to quell the rebellion. An extremely bloody incident took place when the brave African revolutionaries charged the artillery barracks, managing to injure Caption Francisco in the process.

There were 300 total Africans (who notably lacked artillery), while their enemies totaled approximately 1500 and had superior firearms. Nonetheless, their bravery was immense. Upon the African revolutionaries losing the battle, the Islamic scholars who organized it were given the death penalty or life imprisonment while other ground level revolutionaries were punished with whippings.

The following is a quote from Augusto Moniz Da Silva during the court trials of the revolutionaries:

different places of this city and conspired to seize their liberty by force.…the leaders of the insurrection indoctrinated their followers in the principles of the religion of their country, instructed them in the writing of Arabic characters, and distributed to them papers written in these characters … which sought vengeful extinction of the white and pardo race, the properties, the profanation of our religion, the burning of our temples, and all the monuments of our splendor and glory.”

The court documents reveal without a shadow of a doubt that Islam was a driving force in these rebellions.  As the Dawah of Islam is carried out in Brazil, we must never forget the names of  Malam buakar,  Bilal Lucutan, and other Muslims who despite the odds, chose to revolt believing that oppression was worst than slaughter.  The story of these brave African revolutionaries deserves to be heard far and wide, and during the World Cup in Brazil, we should keep their brave sacrifices in mind.   We must continue to carry out the message of Islam,  so it can continue to be a force that strives towards a just and equitable society in the midst of inequality and oppression in Brazil.

Sources
The Islamic Slave Revolts of Bahia, B Arazil A Continuity of the 19th Century Jihaad Movements of Western Sudan by Abu Alfa MUHAMMAD SHAREEF bin,http://www.africandiasporastudies.com/downloads/bahia_slave_revolt.pdf

A Revolution in History The Jihad of Usman Dan Fodio by Ibraheem Sulaiman,http://nmfuk.org/danfodio/IbrahimSulaimansBook.pdf